Kevin Lee was supposed to be in Brooklyn for UFC’s 25th Anniversary press conference as part of hyping his upcoming fight with Edson Barboza. Unfortunately, his flight was grounded and the Lightweight star could not make it to the city in time. 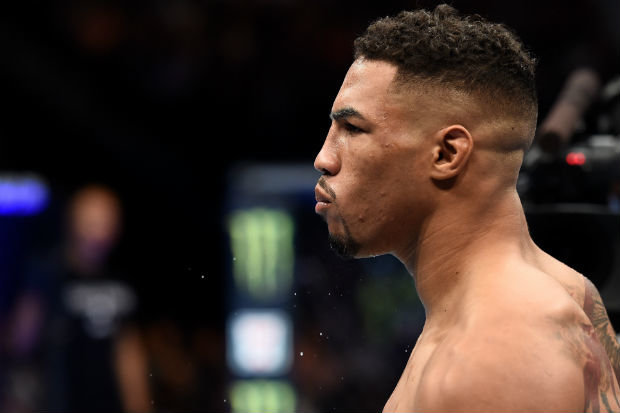 However, he had been following all the chaotic developments that went down in New York over the weekend. The antics of Conor McGregor were the most interesting one from the lot and during an interview with MMA Junkie, Lee opened up about the same.

He said that McGregor is just frustrated as he is no longer the champion.

“I think you do have to blame some of the media for blowing the dude’s head up, and he just feel like his (expletive) don’t stink. I think a lot of what you see is frustration. I think he knows he ain’t been the champ for a while. He don’t know what else to do. He’s acting like a child. It’s retarded. I ain’t going to give that cokehead too much press.” He said.

The incident with Conor McGregor happened after the confrontation between Khabib Nurmagomedov and Artem Lobov. Lee feels that Khabib did nothing wrong and once again went hard on McGregor.

“That’s just the fight game. What Khabib did I didn’t feel was disrespectful. I didn’t see nothing out of line. And if it was out of line that’s not the way to go about it. I think Conor, he wants to be this gangster, he wants to be this thug, but he ain’t really from there. If it’s me, I got in this game to get away from that, to get away from having to do (expletive) like it. It seems like he is trying to get there and then he’s going back to where I came from it. It’s backwards to me. It don’t really make sense. he added.

His take on Michael Chiesa

Lee also opened up about his former rival Michael Chiesa who was taken out of the UFC 223 card after being injured during McGregor’s bus attack.

“I feel bad for the dude. I really do. I wish it had been me on that bus. We would have caused a riot in that (expletive). There ain’t no way they would have held me on that bus. I feel bad for a guy like Mike. Mike don’t want to hurt a fly. He should stop showing up for media stuff. He just keep getting hit in the head. If I was the UFC, I would just stop scheduling the dude to do media. It ain’t working out too good for him.” Lee said.

Lee is currently 16-3 in his career so far and is coming off a defeat against Tony Ferguson.

UFC: TJ Dillashaw says that Demetrious Johnson was too scared to accept the super fight

Previous articleUFC: TJ Dillashaw says that Demetrious Johnson was too scared to accept the super fight
Next articleWWE: The Undertaker will face Rusev at The Greatest Royal Rumble