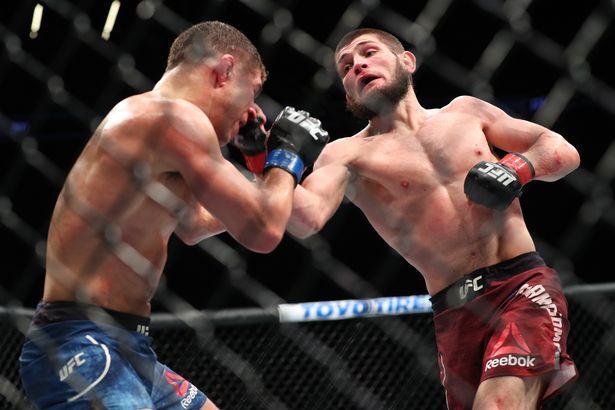 Khabib Nurmagomedov hit out at Conor McGregor following his win at UFC 223. The Russian defeated Al Iaquinta to become the lightweight champion after McGregor was stripped of the belt. McGregor was charged with three counts of assault and one count of criminal mischief after he tossed a dolly through the window of a minibus carrying UFC fighters, including Khabib Nurmagomedov. The former two-division champion will have to first deal with lawsuits and legal charges, not to mention whatever punishment UFC will have for him before he can think about snapping a 500-plus day hiatus from the Octagon. 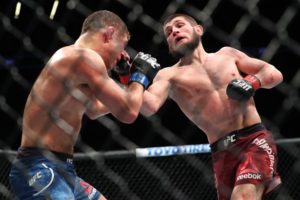 But in the aftermath of Khabib’s victory at UFC223, he was more than ready to settle the score with Conor McGregor for the UFC Lightweight title.

“You want to fight? Come here. Inside the cage, OK. Outside the cage, come and tell me without a camera. He comes and tells me with a lot of security here inside and outside the bus. They don’t let me come out. Why do you need to show up? Let me know and that’s it. Anytime.”

Pop stars and fellow fighters have come out to back McGregor after the bus controversy.

UFC middleweight fighter Michael Bisping was asked if he had any advice for Conor.

He said: “Conor is not trying to be a gangster. Conor is just trying to look after his boys.

“Everyone still loves him, he’ll be back.”

US rapper Chris Brown added: “We all get crazy sometimes.”