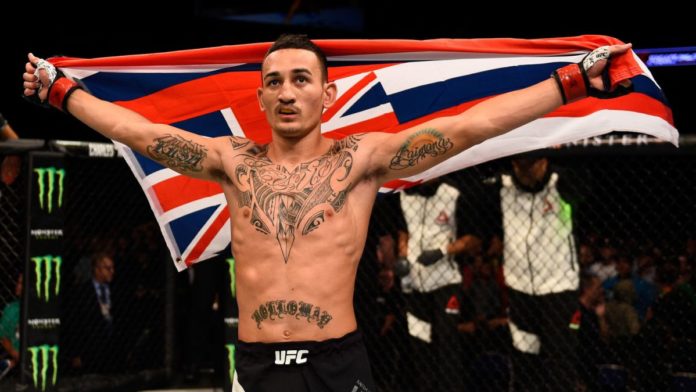 Earlier today Max Holloway was pulled out of the UFC 226 PPV main card against his fight against Brian Ortega, with Holloway’s management team citing reasons about him being hospitalized because of his like concussive condition. Khabib Nurmagomedov has shown his support for Max Holloway as Khabib has been in a similar situation before. 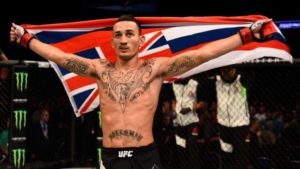 Khabib Nurmagomedov has also been in a similar situation before in UFC 206 where he was hospitalized.

Keep your head up Champ, I know what it is, believe in yourself. @BlessedMMA

Khabib Nurmagomedov has also been in a similar situation before in UFC 206 where he was hospitalized.

Max Holloway missed the opportunity to fight Khabib Nurmagomedov at UFC 223 where he took the lightweight title bout in 6 days notice but was forced to pull out of the fight on the day of the weigh-in by New York State Athletic Commission due to weight cut issues.

The withdrawal from UFC 226 continues a disappointing 2018 for Holloway as he’s had to pull out of three consecutive fights for health reasons.

Although it is rumored that Holloway vs Ortega will be shifted to UFC 227 on August 4, but no official word has been released yet.

Previous articleUFC: Derrick Lewis ‘not impressed with nothing’ Francis Ngannou Has To Offer
Next articleChuck Liddell and Tito Ortiz square off during the UFC Hall of Fame ceremony.