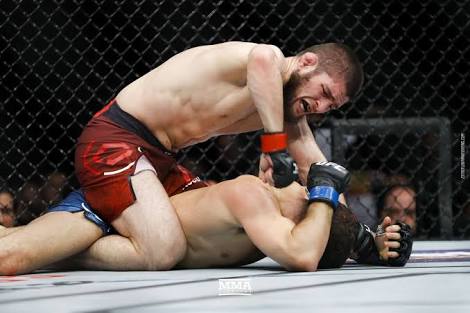 UFC 223 is a wrap. After one crazy week with ups and downs, the MMA fans deserved some action and it was certainly served to them as Khabib ‘The Eagle’ Nurmagomedov (26-0 MMA, 10-0 UFC) steam rolled through AL Iaquinta (13-4-1 MMA, 8-3 UFC) to become the UFC Lightweight champion.

Nurmagomedov in his post-fight interview called out one of the greatest name in the sport of mix martial arts in former Welterweight and Middleweight champion Georges ‘Rush’ St-Pierre.

“My team has made me the best in the world. There is not another team like us in the world. I keep trying to learn from them and be better,” Nurmagomedov said. “It’s like Georges St-Pierre said, ‘Even when you are a black belt, you have to think like a white belt.’”

“And now, I want to fight Georges St-Pierre in November at Madison Square Garden.”

While the promotion has not officially announced the event being in New York, it would fall in line with past two years since MMA has been legalised in New York. The promotion made it’s first visit at MSG at UFC 205 in November 2016 and at UFC 217 in November 2017. On this very card St-Pierre last fought and claimed middleweight championship to become just the fourth fighter to hold belts at two weight classes.

Nurmagomedov also mentioned in his interview on Fox Sports 1,”If they ask me, I want to take Georges St-Pierre. St-Pierre is the greatest athlete to ever compete in the UFC. I am a big fan of his.”

A matchup with Conor McGregor also can be a possibility with the promotion visiting Russia for the first time in September.

“I want to say thank you to Iaquinta for stepping up and fighting. He is a real Brooklyn gangster,” Nurmagomedov said. “This is not about chicken. Where’s Conor? He wants to fight with bus. I want to fight with real gangster.”