UFC: Khabib Nurmagomedov returns in November/December; willing to fight anyone in the top 5 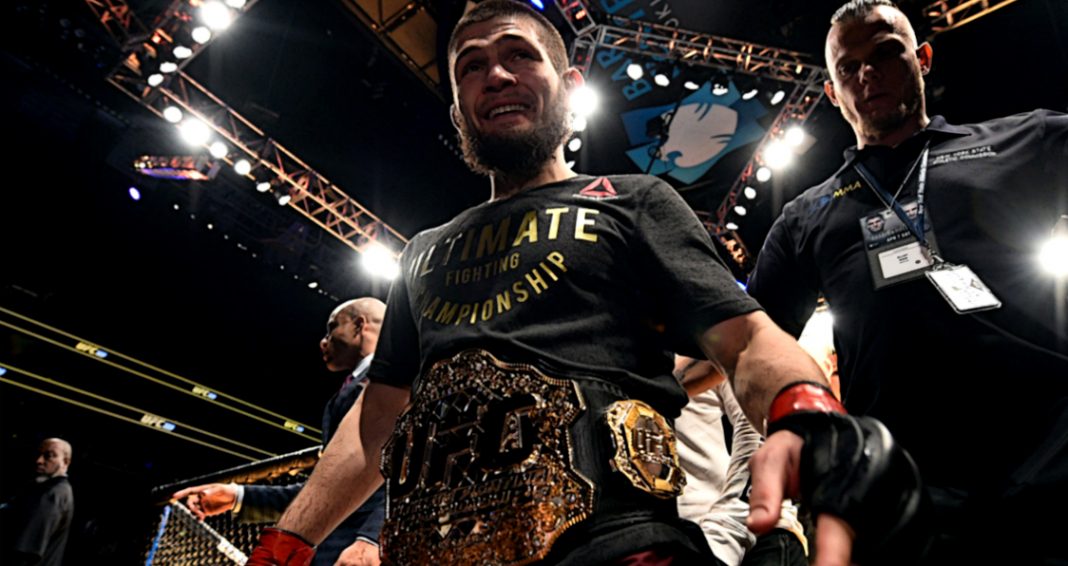 The last three UFC events have featured back-to-back-to-back lightweight main events, where Khabib Nurmagomedov was crowned the new lightweight champion, Poirier emerging as a title challenger and Kevin Lee solidifying his status as a top-5 lightweight.

Khabib is set to take the summer off citing Ramadan and the month long fast, and will be looking to come back at the end of the year. Khabib mentioned in his UFC 223 post fight speech, that he would like to compete in the annual Madison Square Garden PPV, which comes around every November. Other than the recent victors, there are other potential match ups for Khabib, namely former champions Conor Mcgregor and Eddie Alvarez and former interim champion Tony Ferguson. Khabib – meanwhile is not much concerned about who is next opponent is, rather only the timeline involved. 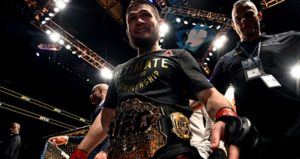 Khabib ready for anyone in the Top 5

This is what he had to say about things at the top of the most stacked division in the game.

“Lightweight division is the most competitive division in #UFC
At this moment, atmosphere is very heated: there is Conor and Tony, Porier, Lee and Alvarez, all of them are good. Fight with any of these guys would be very interesting and competitive.
I never choose opponent, fought with any fighter who was offered me to fight, and I’m not going to change that.
I’m coming back November – December to defend my belt. Whoever @ufc decide to fight me with, I’ll sign.” – Khabib Nurmagomedov on Instagram.

The UFC would like to match up him vs Conor Mcgregor ASAP, but the fight negotiations have not yet hit the stride. Khabib, who has the second highest number of followers for a fighter on Instagram, would also prefer to fight the No.1 guy on social media, ‘The Notorious’ Conor Mcgregor. This would be the fight that would garner more attention than all the other four match ups put together. However, Khabib does not want to wait for Conor forever to sign, and has promised to defend his title against whoever the UFC chooses at the end of the year.

UFC:Eddie Alvarez claims that he’s the only man who can beat Khabib