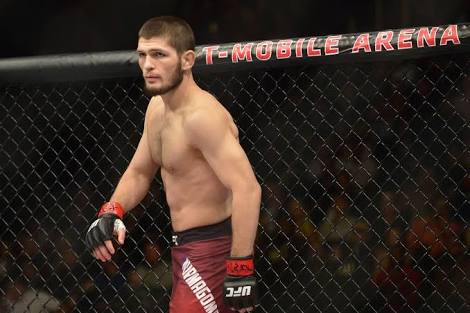 With just a few hours to go for the UFC 229 press conference where both the fighters will be face to face for the first time ever, the mind games have already begun. Usually McGregor is considered as the king of the mental games as in this case as well he did that by taking a shot at Khabib’s father Abdulmanap Nurmagomedov. Khabib has decided to break his silence in this particular aspect as he releases another ‘chicken’ diss video. (via Twitter):

Couple of days ago, Khabib had released a ‘McTapper’ diss as well featuring ‘Turkeys’. The reference goes back to UFC 205 in November 2016 where Nurmagomedov took on Michael Johnson on the under card, when McGregor won his lightweight title against Eddie Alvarez.

Nurmagomedov artistically decimated Johnson via Kimura to take a shot at McGregor calling him a ‘chicken’ in his octagon interview, thus the term chicken. Khabib also claimed McGregor was the ‘number one easy fight at lightweight’.