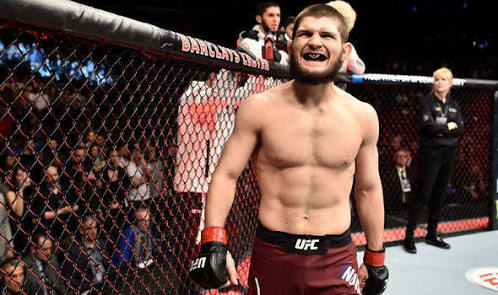 McGregor will have to hand Nurmagomedov the first loss of his MMA career. However alongwith dealing with McGregor as an opponent, Nurmagomedov will also have to face the dedicated Irish fans. The infamous Irish fans will undoubtedly show up in huge numbers as they’re called ‘Fighting Irish’ for a reason. As McGregor says “If one of us goes to war, we all go to war “.

However the Russian fan base isn’t lagging behind as well. As Nurmagomedov says ‘Irish only 6 million, Russia 150 million’. A group of fans should up at Khabib’s training ground of AKA shouting and cheering for the champ. (via Twitter):

Massive crowd of Khabib Nurmagomedov fans came to his gym in San Jose tonight to send him off to Vegas to fight Conor McGregor. More on @espn soon. pic.twitter.com/wKweLFS6py

The winner of the fight will decide the ultimate lightweight champion. The stakes are as high as they can ever be. Six days to go!