UFC: Khabib’s motto at AKA is simple… 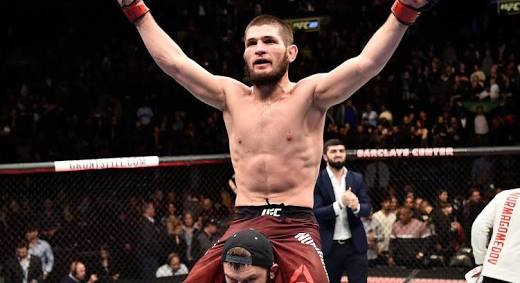 The tension between Nurmagomedov and McGregor adds to the magnitude of the fight. McGregor will have to snap the 26 fight winning streak of Nurmagomedov and hand him his first loss. Hence, Nurmagomedov will enter the octagon as a slight favorite. However keeping aside odds, rivalry, and pressure, Khabib’s strategy is quite simple. He took to Instagram to reveal his mindset going into the fight. (via Instagram):

Be here and improve your self.

Nurmagomedov received the majority of the chunk of his skills from his father, pioneer of MMA training in Russia, Abdulmanap Nurmagomedov. Nurmagomedov learned wrestling at age 12, and Judo from age 15. He began training in combat sambo again at 17 under his father.

However, to refine his skillset along with high-level sparring partners, Khabib seeks the hostilities of well renowned American Kickboxing Academy in San Jose, California.

UFC: Coach Javier Mendez assures Luke Rockhold will always be welcome at AKA