UFC: Is the King coming back? Jon Jones at the UFC Performance Institute! 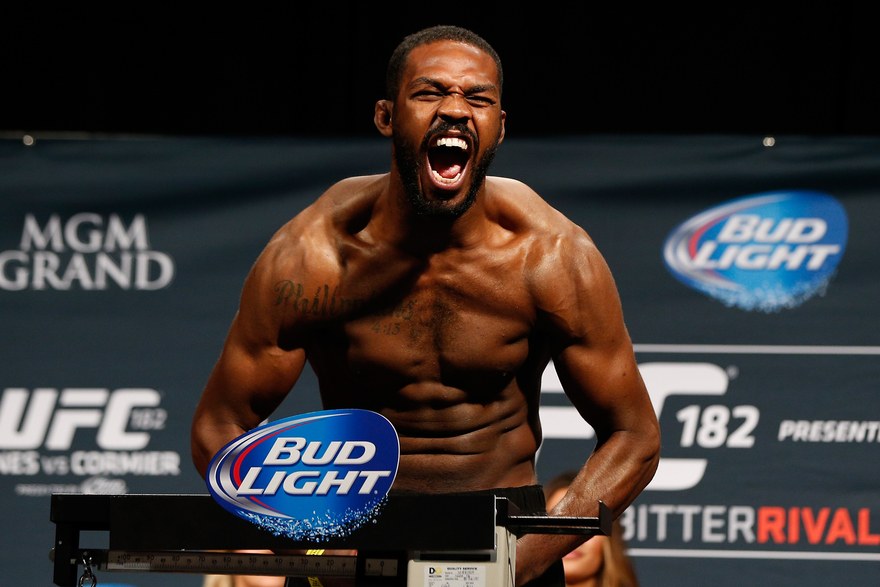 The clock is ticking on UFC 230 on November 3 at the iconic Madison Square Garden. We have a stacked main card however we still don’t have a main event. What people speculated to be a champion vs. champion super fight between women’s bantamweight champ Amanda Nunes and featherweight champ Cris Cyborg, has been scheduled for UFC 232 in December. The main event for UFC 230 still remains a mystery.

The MMA community certainly believes this to be a setup for something big. Speaking of mystery, it can be something as big as former light heavyweight champion, Jon ‘Bones’ Jones.

Jones’ manager Malki Kawa took to Instagram to post a pic with Jones with a caption ‘1 million, all business’. The post features Kawa and Jones in formal outfits and has got the entire MMA community by excitement. (via Instagram):

With Daniel Cormier building his brand in the heavyweight division and is scheduled to take on former heavyweight champion Brock Lesnar, a trilogy fight between Jones and Cormier seems off the charts. A rematch between Alexander Gustafsson seems to be the frontrunner as per the magnitude of the main event I’d concerned.

Jones is currently facing his suspension for violation of UFC’s anti-doping policy which could potentially lead upto a suspension of as many as four years. Jones was tested positive for the steroid Turinabol in an in-competition drug test before his rematch against current double champ Daniel Cormier at UFC 214 last year.

Jones who defeated Cormier via TKO in the third round, was stripped off the title and Cormier was named as the undisputed champ with immediate effect.

Previous articleColby Covington wants to ‘mark’ Nick Diaz up in boxing
Next articleAnthony Joshua vs Alexander Povetkin odds: why it goes 12 rounds