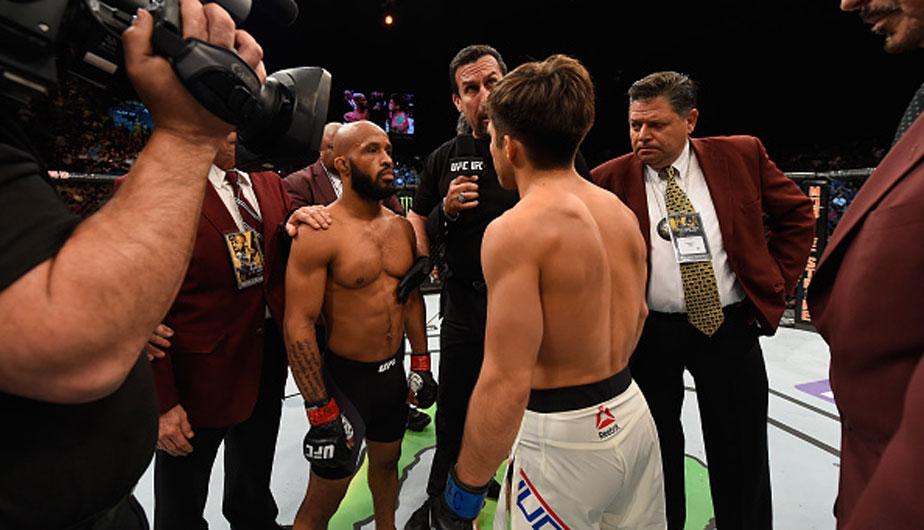 UFC 227 was one of the most exciting UFC PPV events in recent history. It’s two main and co-main event bouts particularly paid off very well, and had the fans on the edge of their seats, and biting their nails, while they were on. In the co-headliner of the bout, then UFC flyweight champion and pound-for-pound kingpin Demetrious “Mighty Mouse” Johnson squared off against top ranked flyweight contender and former Olympic wrestling gold medallist Henry Cejudo. In an extremely closely contested match-up, Cejudo due to his solid wrestling and top-control and because of his powerful striking edged out and out-pointed the legendary Johnson on the judges’ scorecards. While that fight and it’s result promised many great things for the future of the division, in a recent rather shocking turn of events, Johnson has switched the UFC in favour of One FC and all other flyweights who lost their last fight in the octagon are now being cut off from the roster as the entire division is being dissolved. 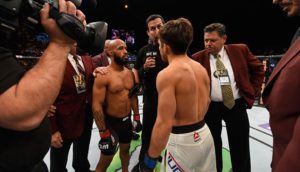 When the news about the Johnson-Askren trade became official, many people were wondering what was in store for the flyweight division. Flocombat recently broke a news that the UFC is dissolving the weight-class and is either forcing some fighters to move up in weight and is firing all others. Now noted MMA journalist Ariel Helwani of ESPN has opined that the UFC is only cutting-off the flyweight who are coming off a loss because it hurts their CV. Here’s what Helwani tweeted:

BREAKING: We're hearing the #UFC men's flyweight division is 100% being dissolved, likely done by the end of 2018.

THE KICKER: Not all flyweights are being asked to move up to bantamweight. They're just getting cut. Unreal.

We'll update you as we receive more info.

Previous articleAfter calling her out and then delaying, Cris Cyborg wants to make Amanda Nunes pay
Next articleTJ Dillashaw to reportedly fight Cejudo for the Flyweight title at UFC 233