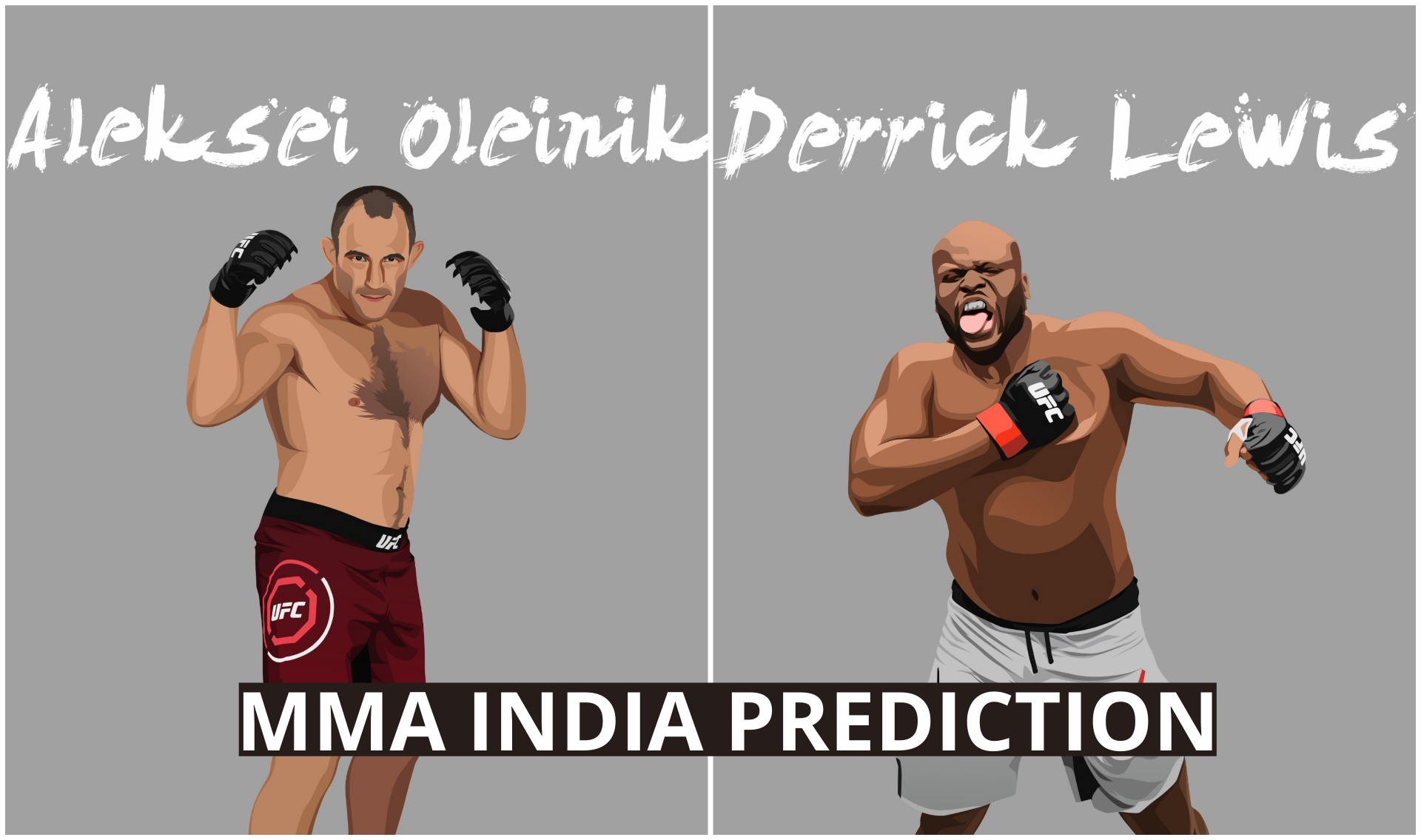 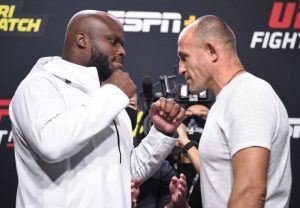 Before, the co-main event, fans get to watch a middleweight fight between Maki Pitolo and Darren Stewart. Later in the undercard in the women’s bantamweight division Yana Kunitskaya takes on Jujila Stoliarenko.

The main card will be started by a highly exciting lightweight fight between Beneil Dariush and Scott Holtzman.

The MMA India Show started a prediction series last month, where, I, Jay Rock, analyse the upcoming fight cards and giving my predictions, analysis, betting tips and giving you a chance to improve your Verdict score.

Now let’s get back to the upcoming event, which is titled UFC on ESPN+ 32 and is filled with exciting fights from top to bottom.

Heading into the fight, the 43-year old Aleksei ‘The Boa Constrictor’ Oleinik is a slight underdog against Derrick Lewis.

I know what you’re thinking, underdogs in the last few fight cards have been pulling off massive upsets, be it Fabricio Werdum, Bobby Green or Derek Brunson and in ideal circumstances, I would have liked to back the underdogs here too, but this time around the stats tell us something different.

Aleksei Oleinik has 72 fights under his belt and he has won 59 of those with 46 of them coming via a way of submission. Derrick Lewis is also known for carrying a violent knockout power in the division and both fighters have combined 104 fights and only 16 have gone to the judges’ scorecards.

Oleinik has slowed down over his past couple of fights. In his last fight, he scored a split decision win over Fabricio Werdum, which to be clear wasn’t the same version that defeated Alexander Gustafsson last month.

Prior to that, he came off of a submission win over Maurice Greene, who was coming off of a first-round TKO loss to Sergei Pavlovich. In his last fight, Greene was losing to an out of shape Gian Villante, until Gian ran out of gas and Greene scored an Arm triangle submission.

While Oleinik’s last two wins came against opponents that were over the hill opponents, prior to that, he lost to Walt Harris and Alistair Overeem via TKO in Round 1.

On the other hand, Lewis is coming off of a unanimous decision win over Ilir Latifi who had moved up to the heavyweight division at UFC 247. Lewis also has made much-needed changes in his personal lifestyle.

Both fighters are well aware of each other’s strong attributes and the fight may end up being a low volume striking match with occasional submission attempts from Oleinik, as the American has a takedown defense average of just 53%, while the Russian has a takedown accuracy of 46% and his takedown average is around 2.41.

While fans may think that Oleinik may dominate with his grappling heavy game if the fight lasts longer, but Lewis has been submitted just once in his professional career, that that submission loss came against Daniel Cormier at UFC 230.