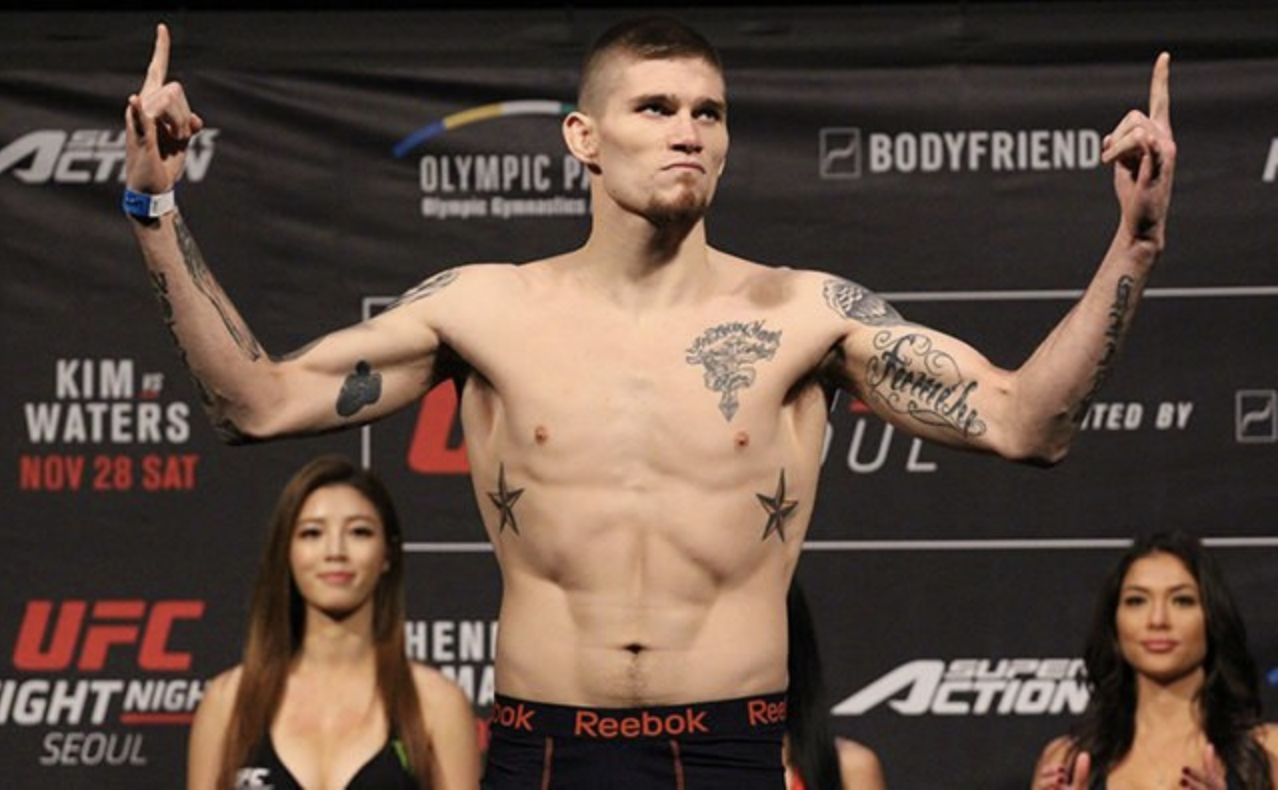 The suspension occurred after Collier declared the use of a product that contained a prohibited substance, which he subsequently tested positive for. The substance Collier tested positive for was Higenamine, which was discovered in an out-of-competition drug test sample provided on December 27th. USADA released the following on the matter:

“Research indicates that Higenamine may act as a general stimulant and may be found in some pre-workout, energy, or weight-loss products. Even low-risk supplements may be riskier than they appear. As such, USADA reminds athletes to check supplement labels for Higenamine (also known as norcoclaurine) or Higenamine plant-based sources (Aconite, Annona squamosal, Nandina domestica, Tinospora crispa, and others).

“USADA determined that Collier was eligible for a reduction to the otherwise standard one-year period of ineligibility due to his cooperation throughout the results management process and forthright declaration of the supplement on his doping control form.” 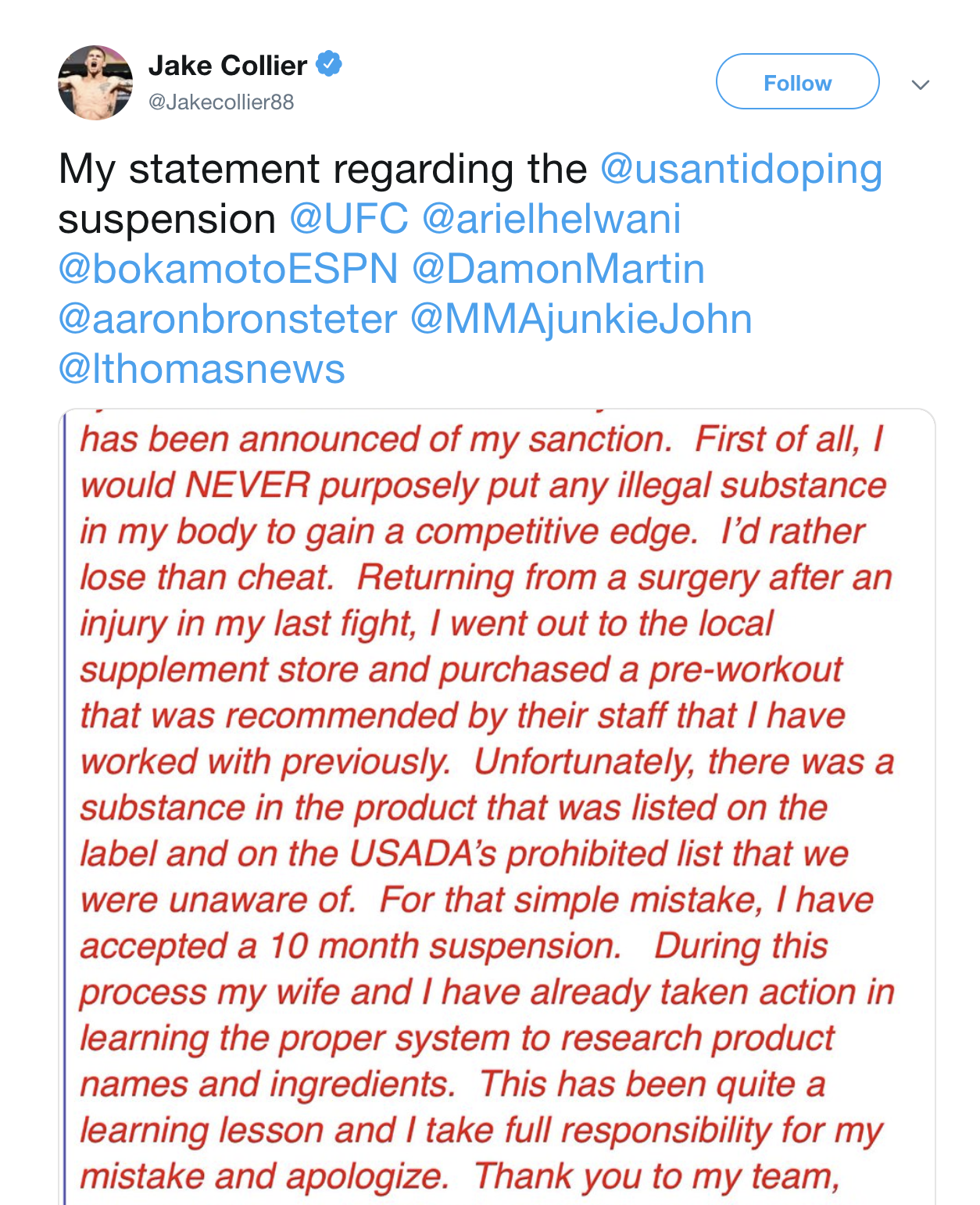 Collier’s last Octagon appearance resulted in a unanimous decision victory over Marcel Fortuna. That was in November of 2017. Collier has not competed since. His suspension runs until October 27th, at which point he’ll be eligible to return to action.