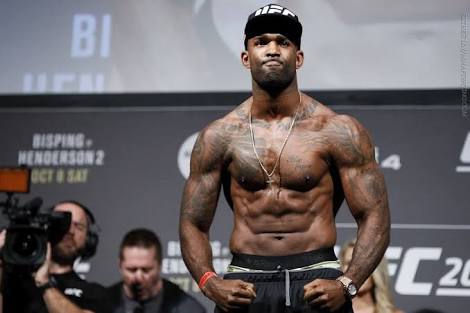 The duo were scheduled to meet at Fight Night 137 in Sao Paulo before two weeks however Manuwa suffered an injury which led to his withdrawal and was replaced by Eryk ‘Ya Boy’ Anders on short notice.

Santos won the fight courtesy of a TKO at the end of the third round. Santos will continue his tenure as a light heavyweight. The victory has Santos on a two-fight winning streak. A victory over #5 ranked Manuwa would be a huge leap for Santos. (via Twitter):

Manuwa on the other hand is on a two-fight losing streak with losses against former title challenger Volkan Ozdemir and Jan Blachowicz. Manuwa was originally scheduled to face  #8 ranked former title challenger Glover Teixeira. Teixeira pulled out of the bout citing a shoulder injury and was replaced by Santos. Later on, Manuwa pulled out of the bout as well. Manuwa would certainly like to get back on title contention.