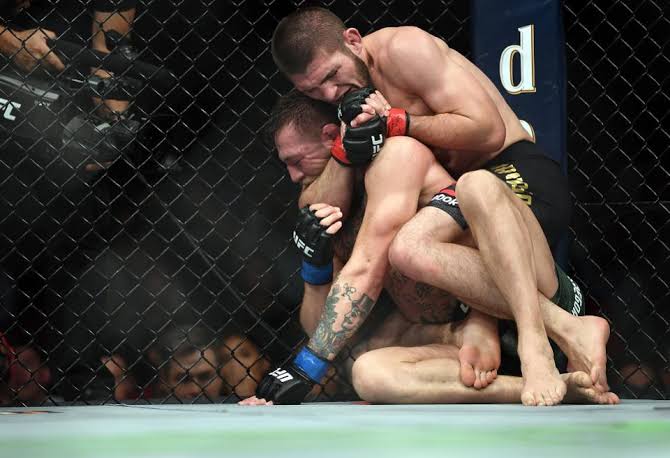 ‘The Notorious’ made his return after a hiatus of 15 months since his fourth round submission loss against arch rival Khabib Nurmagomedov. The bad blood obviously hasn’t went away. However, McGregor was matched against veteran Donald ‘Cowboy’ Cerrone at 170 before he could get his shot at a rematch.

McGregor passed with flying colors as he destroyed Cerrone in mere 40 seconds courtesy of shoulder shots and a head kick. McGregor was once again inked in the record books as he became the first fighter in the UFC to hold a knockout at featherweight, lightweight and welterweight division. However there’s another record which McGregor won’t be proud of. 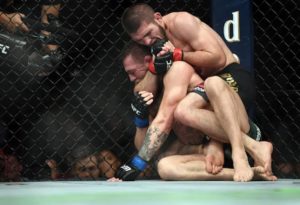 McGregor has been submitted fighting in each of three weight classes as well. Nurmagomedov took on social media to pinch the raw nerve and trolling McGregor for the same. (via Twitter):

McGregor started his career in amateur circuit as a featherweight. McGregor was submitted twice in the weight class back in 2008. He was also submitted in 2010 by UFC veteran Joseph Duffy. However McGregor hasn’t been submitted at featherweight under the UFC banner. He was then submitted by Nate Diaz at 170 pounds and then by Nurmagomedov at 155.

Despite holding a brown belt in Brazilian Jiu-Jitsu under his head coach John Kavanagh, who also happens to be the first Irish man to hold a black belt in BJJ. The ground game has been an area of concern for McGregor. However as we all know, if that infamous left hand connects, is enough to shut the lights out.

The history of bad blood between McGregor and Nurmagomedov is nothing new to the MMA community. Right from the infamous UFC 223 bus choas to ugly post-fight UFC 229 brawl between the two.

McGregor’s win, though at 170, further materializes the path for a massive rematch. McGregor however has other options interesting like the BMF title holder Jorge Masvidal, a trilogy against Nate Diaz or even another double champ Georges St-Pierre.