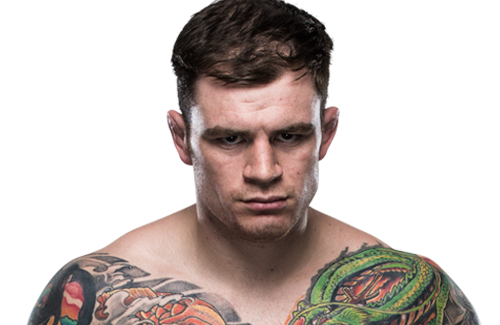 The discussion about the wages of fighters has long been debated. The fighters have been demanding a considerable pay-rise and some other monetary compensations as well if there fight gets cancelled. The UFC’s highly aligned sponsorship deal with Reebok has also left a lot of fighters financially crippled. UFC middleweight, Brad Scott has now revealed his ordeal about how he has been left in debt due to the UFC’s financial policies.

Brad Scott was scheduled to fight fellow Brit, Jack Marshman at UFC Fight Night 127. However, his opponent was forced to withdraw from the fight due to some weight-cut issues. This left Scott without a fight which meant that he won’t be receiving any money as well.

In an interview given to MMA Junkie, Scott described his financial troubles in detail. He also revealed that he will be taking up a new job in order to clear out his debts. Here’s what he had to say:

And it’d be nice if they gave me my turn-up bonus (show money). I don’t expect a win bonus, but I expect enough money to pay for the camp I’ve just done so I can get ready for the next one.

I’ve actually ended up £2,000 in debt. That’s $2,600. That’s how much I’ve been left in debt from this fight. Now I’ve got to go and find a job to make up the shortfall and help make ends meet before I can fight again.

I’m going to work for a company called Bristol Waste Clearance, who are my biggest sponsor, They go into properties where tenants have been evicted and clear out the property and put it into storage, or scrap it. We have to remove heroin needles and drugs and stuff.

It’s run by a guy called Scott ‘The Lion’ Cowles, who was also a fighter. He offered me a job straight away, and he offered to pay towards my next camp because I’ve been left in a (expletive) position. If it wasn’t for them, I wouldn’t be able to fight for the UFC.