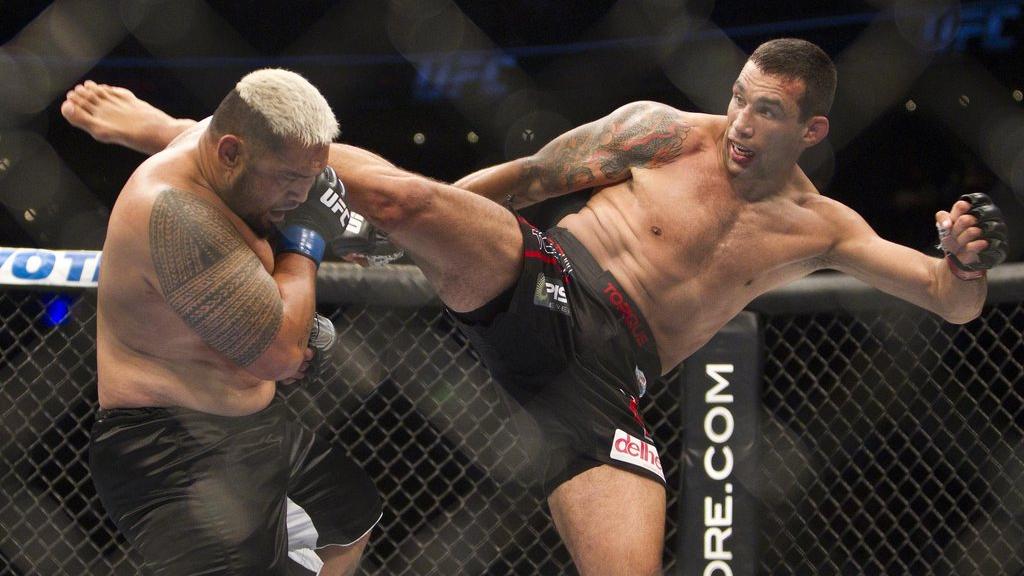 The UFC’s highly anticipated Londov event is finally almost here. The UFC Fight Night 127 will be headlined by a fight between Former UFC and Strikeforce heavyweight champion Fabricio Werdum and Bellator MMA heavyweight champion, Alexander Volkov. While many fighters talk trash in order to promote their fights. Werdum has rather refused to be involved in banter with Volkov and instead has a lot of respect for him.

‘Vai Cavallo’ also talked about previously living in Europe, his strategy for the bout and his plans for challenging for the title. Here’s what he told MMA Junkie:

I liked when I saw on social media that guys were happy, I lived in Europe for 10 years. I taught a lot of seminars in different countries, and I was very happy and excited when I saw guys (had) sent me a message (saying) ‘Werdum, we are very happy for you because you’re fighting here in the main event.’

I know he’s a very nice guy, I’ve had good training with him. I’ve helped him, and he’s helped me, but I never comment about the training. You never say bad things about your friends, and this is the same thing.

I know it’s a tough fight, but it’s a very important fight for me, for the next step. My focus is on Volkov, but my big goal is (to get) the belt again.

I have a good strategy, Rafael (Cordeiro) and (Renato) ‘Babalu’ (Sobral), my team, my brothers, have made a good strategy for this fight, I’m feeling a good submission, maybe. I want to submit him, but I can fight standup, too. I’m excited to fight, but never scared. I want (to put on) a good fight (and) a good show for the fans.

The victory is very important, Knockout, submission or decision, the most important is the victory, because you’re one step in front. If you lose, it’s like you’re three steps down.