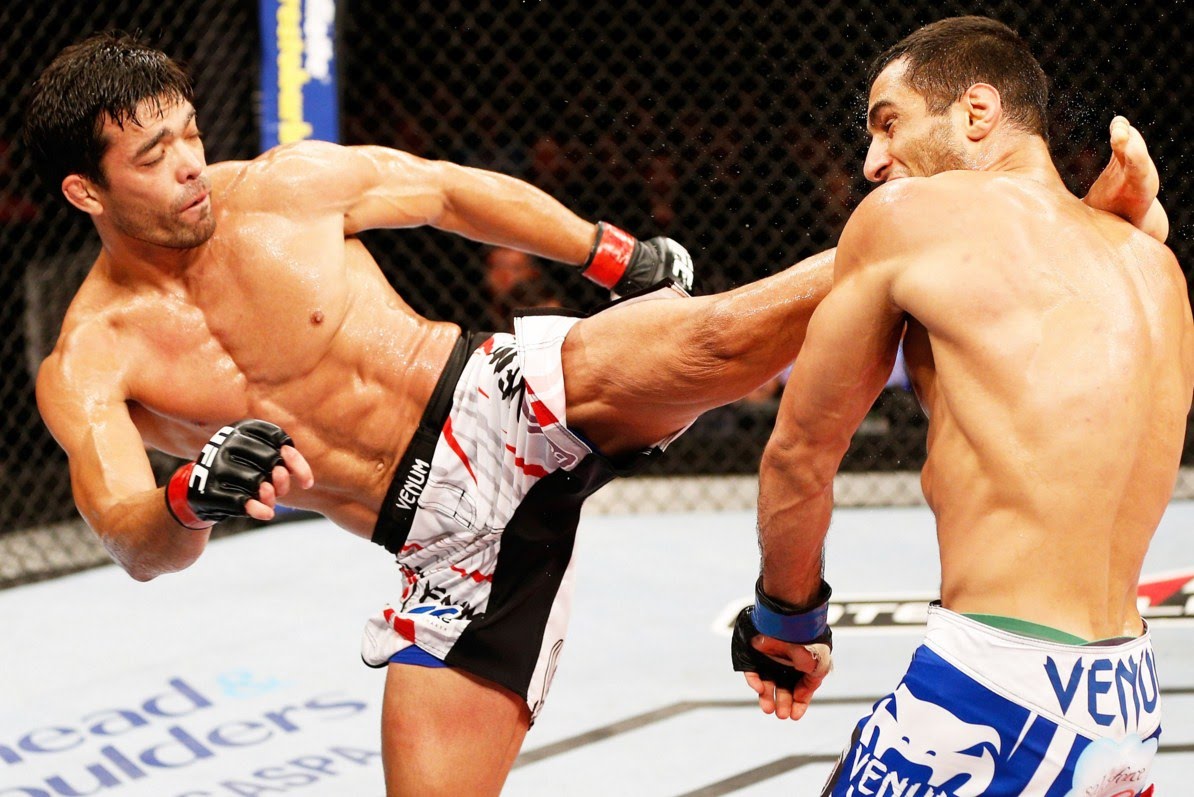 Apart from football, Brazil is also quite famous for its love for Brazilian Jiu-Jitsu and MMA. The country has given MMA some of it’s most iconic fighters who eventually becuame champions and legends of the sport. One such fighter is the Karate expert, Lyoto “The Dragon” Machida. Machida has lately been troubled by a lot of fans and pundits alike asking him to retire. In a recent interview, he finally opened up about people asking him to retire and also revealed that he would love to fight Michael Bisping.

Machida who is currently expected to face Vitor Belfort at UFC 224, spoke to reporters at the media day for UFC 224. He was asked about his views on people wanting him to retire and about a potential fight with “The Count”. Here’s what he had to say:

For sure, for sure (on fans wanting him to retire). They wanna retire me, but I don’t want to be retired so I have more fights, I have more years. I believe that because I would like to say it is not about can but about wants. If you want something then you can get it. So that’s what I put in my mind. So I want a lot that, I want to be a part of the team. I want to win the championship. I like to fight so.

I don’t think like that. I just put my focus on Vitor. Of-course, I believe that a great victory over Vitor Belfort is going to be a very good step for me. But I don’t wanna think about that. I don’t wanna just get stuck on this fight. I wanna fight this fight and wait for UFC. Of-course I would like to fight Michael Bisping too because we had a. Another fight that could happen in the past. But one thing at a time, so Vitor is my opponent now. He is a very tough opponent. So as soon as UFC offered him to me, I said, “oh, it’s a great fight”. So I like Vitor as a fighter, as a person but as a professional fighter, I have to face him.

You can watch the full interview here.