UFC: Mackenzie Dern reveals when she wants to fight next 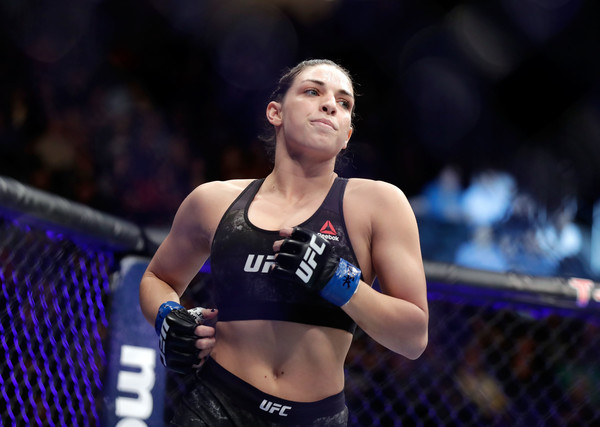 The UFC debut of Mackenzie Dern was eventful. The Brazilian was off to a rough start in the promotion but managed to sneak in a split decision win against Ashley Yoder. A portion of the fans pointed out that Dern needs to work more on her game if she has to be a force to reckon with in the UFC Women’s Strawweight division.

While grinding it in the gym is one way in which she can improve, Dern believes that she should take another path.

“I don’t want the fast track to the top of the division, I want to take time. But I want to fight soon again. I’m all about fighting, I’m sure the next person I fight will give me different challenges and that’s what I need to show who I am and what kind of fighter I want to become.” She said in the post-fight press conference.

Dern is currently 6-0 in her professional MMA career and fought in Invicta Fighting Championship and LFA prior to her UFC debut. Apparently, she has a clear-cut plan on when she wants to fight next in the UFC.

UFC 224 is the event that Dern is referring to the statement here. As of now, the event is set to feature a Bantamweight title showdown between Amanda Nunes and Raquel Pennington. However, Dana White has been leaning towards the possibility of replacing Pennington with Cris Cyborg who defeated Yana Kunitskaya at UFC 222.

Previous articleUFC: Update on the leg injury of Sean O’Malley
Next articleUFC: Hector Lombard plans on appealing his DQ loss against C.B. Dollaway