UFC: Max Holloway vs Brian Ortega slated for UFC 231….but not confirmed yet? 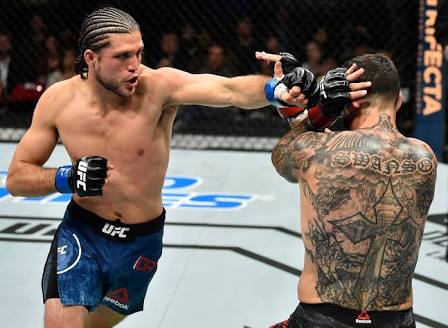 Featherweight king Max ‘Blessed’ Holloway who was scheduled to defend his title for the second time against #1 ranked featherweight Brian ‘T-City’ Ortega in the co-main event was forced to pull out of the fight due to ‘concussion like’ symptoms, blurry vision and slurred speech.

Top five ranked featherweight contender Jeremy ‘Lil Heathen’ Stephens decided to step in and save the day however Ortega denied to accept the fight and decided to wait instead.

That being said, Ortega does not vow to waste any more time and take on Holloway as soon as possible. Ortega took to Twitter to make his intentions clear. (via Twitter):

We both said yes, now send over that contract

The card which makes sense according to Holloway’s timeline is certainly in December. The card already possesses a flyweight barn burner between former bantamweight title challenger Valentina Shevchenko and former strawweight champion Joanna Jedrzejczyk. A featherweight title bout between Holloway and Ortega would certainly be a great addition to the card.