UFC: Michael Bisping reveals that he suffered a major injury prior to the fight against GSP 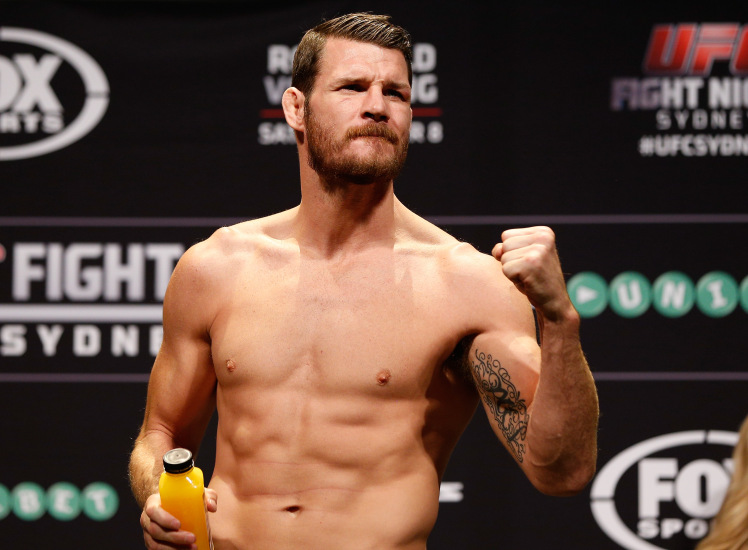 Former UFC Middleweight champion Michael Bisping revealed that he suffered a major injury before his fight against Georges St. Pierre.

Bisping vs. GSP happened back in November at UFC 217. The fight went in favour of the Canadian as he managed to choke out Bisping and win the Middleweight title. GSP would later vacate the championship citing health issues.

As for Bisping, he suffered a defeat against Kelvin Gastelum after UFC 217 and has not come out with the shocking news of his injury.

“I actually tore the cartilage in my ribs the week before the fight. It was the final training session, we shouldn’t have done this sparring session, this sounds like an excuse. I didn’t talk about it at the time because it sounds like you’re making excuses but the reality was on Friday before we flew to New York, Dean [Amasinger] was out there, he was helping me a little bit and he shot in for a double leg takedown like his life depended on it. Ran me across the Octagon, I went down and he landed on top of my ribs. Generally, that would be fine, but as soon as I went down, I felt something rip so I couldn’t move, I couldn’t rotate, I couldn’t do anything.” Bisping said on the True Geordie podcast. (H/T MMA Nytt)

Had no plans to pull out

Despite the injury, Bisping had no plans to pull out and ended up fighting at the pay-per-view.

“I got to New York and I was having treatment on it every day, it was an absolute nightmare. So people said to me ‘you looked a little stiff in there, Michael’. Yeah, I was stiff for a very good reason. I tore the cartilage in my ribs but it was a big fight, a lot of money on the line, and as a fighter, you still think you can do it. It wasn’t my best performance, it didn’t go my way, but not taking anything away from Georges. God bless him, good for him, he got the job done.” He added.