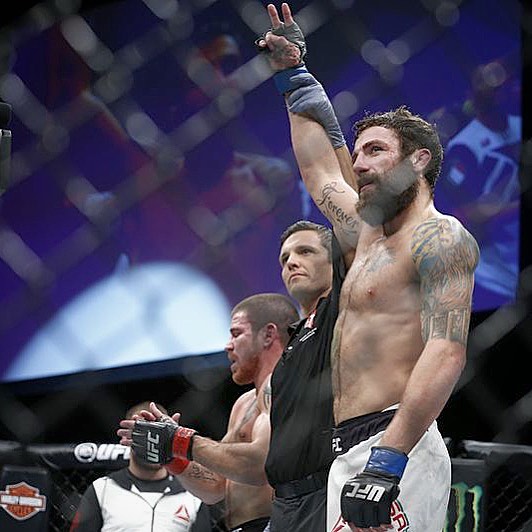 As the number of days to UFC 226 are coming down to within a fortnight, the excitement is starting to build up among fans and the fighters, alike. While the main event features a super fight between Daniel Cormier and Stipe Miocic, the other fights on the card are no less than a feast for an enthusiastic MMA fan.

The ultimate fighter Live: Lightweight winner Michael Chiesa is scheduled to go against former WEC and UFC lightweight champion Anthony “Showtime” Pettis. The bout was earlier scheduled to take place at UFC 223, but Chiesa was pulled from the bout due to multiple cuts from a broken window as a result of the Team SBG bus melee.

Chiesa took to Instagram to start his countdown for UFC 226. This came just 6 days after Chiesa promised to show the world his best version at UFC 226.

Chiesa (14-3) is looking to shake off a submission loss to Kevin Lee last June 25. That defeat snapped a three-fight win streak. On the other hand, Pettis (20-7) is looking to resurrect a career which has seen him hold both the UFC and WEC lightweight belts. “Showtime” returned to lightweight last year after a stint at featherweight, defeating Jim Miller at UFC 213 and earning a Fight of the Night bonus in a TKO loss to Dustin Poirier on Nov. 11.

Previous articleMMA: Lyoto Machida strikes multi-fight deal with Bellator
Next articleUFC: Stipe Miocic says he will fight Brock Lesnar but not ‘right away’