UFC: Miesha Tate saves her dog from an attack 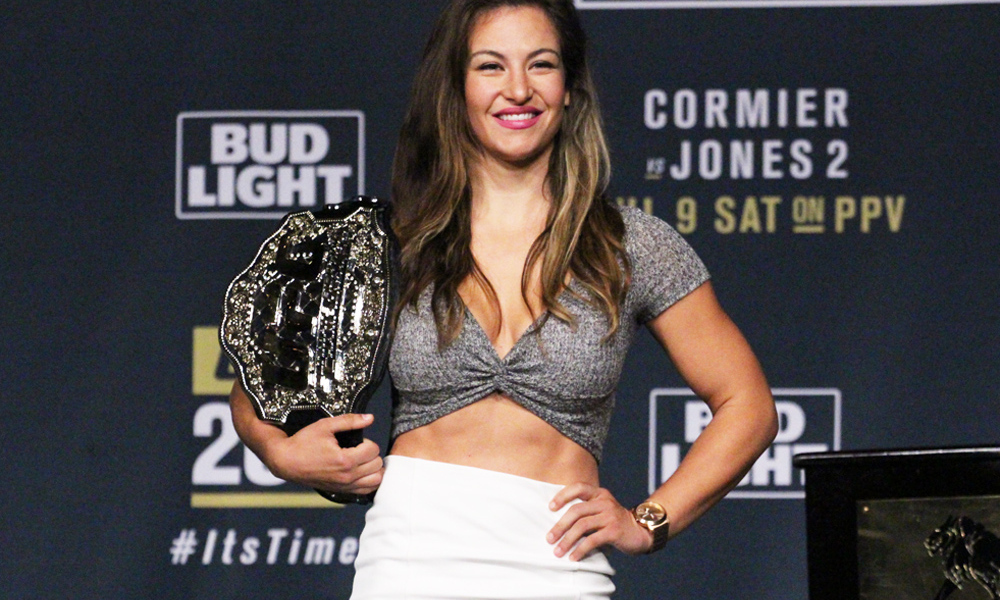 Former UFC women’s bantamweight champion, Miesha ‘Cupcake’ Tate is one of the major reasons why women’s MMA is so popular these days. While people had mixed opinions about her bitter rival Rousey, Tate was almost always a fan-favourite. Although, Tate has now retired, the fighting spirit certainly hasn’t abandoned her. She recently described how her dog was attacked by a Cane Corso (wild, ferocious breed of dogs), and even though Tate is around seven months pregnant, she still fought off the other dog and saved her own.

Tate is in a relationship with the current WSOF fighter Johnny Nunez. In January, she had announced that the pair are expecting a child together.

The former champion took to Facebook to describe her ordeal. She posted a set of pictures and described the attack in detail in the caption. Below is the caption from her Facebook post:

So this happened a few days ago, my dog Skooter and I were out for a walk around the neighbourhood when a Cane Corso escaped from its back yard and proceeded to sprint after my dog. I could tell by the body language and hair raised this was no friendly approach. Before I knew it the dog was over the top of Skooter and just as it went to bite I tackled the dog. I pushed her off of my dog and quickly scooped up my pup as she ran off. I couldn’t believe what happened it was all so fast. I stood there for a second in disbelief and shock, I could have lost my best friend that day…..Luckily Skooter hade a mind scrape on top of his head and a wet ear and scuffed up paws but otherwise he’s ok….I’m so glad it wasn’t worse, I’m glad I could get to them before she latched on to Skooter and thankfully she was not aggressive towards people. Later part of me felt guilt for potentially putting my baby in danger at 7 1/2 months pregnant but it was instinct I had no time to think and I am sure I would react the same way every time. There is no way I could have watched my dog get shredded to pieces. 2 things surprised me though, 1 I can still move pretty quick for a prego and 2 I still got some fighting spirit in me . Don’t push mama bear lol.

UFC:Darren Till calls out Jorge Masvidal for a fight in May at UFC Liverpool