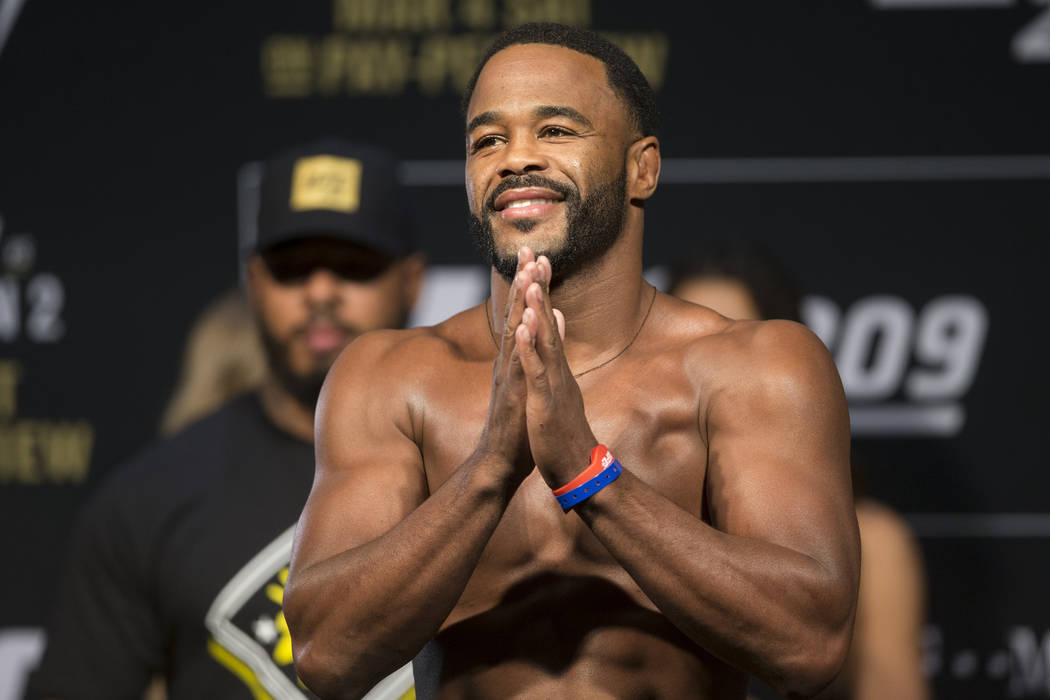 It concluded one of the most storied careers in UFC history. Much like his contemporary Michael Bisping, who retired last month – he won everything there is to be won at the top of the game. 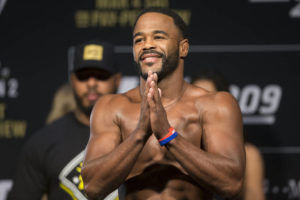 Rise to the Top

Evans, who would be considered for his size a natural Middleweight in the modern era, started his career as a heavy weight. He won the TUF 2 heavyweight tournament by beating 6 foot 7 giant Brad Imes. 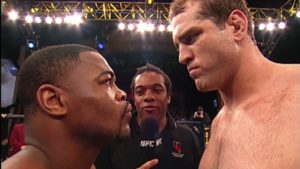 Evans slowly transitioned into a Light-Heavyweight and racked up big wins over the likes of Stephen Bonnar, Michael Bisping and a devastating knockout over Chuck Liddell.

Then came his crowning moment, when he destroyed Forrest Griffin to become the new Light-Heavyweight Champion. 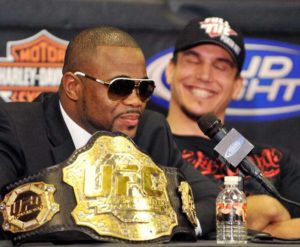 Rashad Evans can also be credited for making Albuquerque’s  JacksonWink MMA academy relevant. He was the leader and the star of the gym during his time there. He was later forced to leave the gym with the emergence of rival Jon Jones. He then set up the ‘Blackzilians’ in South Florida.

Rashad Evans lost his title to Lyoto Machida at UFC 98, in UFC’s first ever title fight between unbeaten fighters. 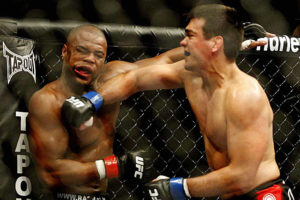 Rashad Evans continued to be one of the top 5 light-heavy weights till 2013. He racked up wins over Chael Sonnen, Phil Davis, Tito Ortiz, Thiago Silva and ‘Rampage’ Jackson.

The beginning of the end

The beginning of the end started in 2014, when he was forced off UFC 170, where he was all set to welcome Daniel Cormier to the 205 lb division.

A series of injuries then followed which kept him out of the game for 2 years. 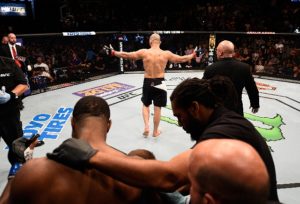 Rashad Evans returned a shell of himself in Oct, 2015.

Rashad Evans had consecutive losses to Ryan Bader and a brutal knockout loss to Glover Teixeira. Following the knockout loss, Evans opened up in a very emotional post fight interview.

”Fighting..(emotional pause).. it used to come so easy, so naturally”

Rashad Evans tried to make a move down to the 185 pound division and resurrect his career, but he lost a further 2 times on the trot.

Evans tried one last go in the Light-heavyweight division at UFC 225, but was stopped in the very first minute of the fight by up-and-comer Anthony Smith.

Rashad during his time in the UFC was one of the biggest PPV sellers and has sold 2 separate 1 million PPV events. He sold over 5 million PPV’s in the 9 events he headlined.

He can be regarded as one of the pioneers of the UFC and a sure shot future HOF’er. Rashad Evans’ rivalry with ‘Rampage Jackson’ and Jon Jones are some of the most memorable in UFC history.

He started out as the brash trash talking champion and as his career progressed became one of the gentlemen of the sport.

He has the respect of almost all of the personnel in the MMA world.

Here’s a compilation from Social Media.

Here’s whats the journalists had to say.

Congrats to Rashad Evans (@SugaRashadEvans), who just announced his retirement to @arielhelwani on ESPN. Remarkable career. The buildup to his title fight against Jon Jones was one of the most memorable I've ever covered. From a journalist's perspective, always a great interview.

Rashad Evans, 38, announces his retirement on Ariel Helwani's MMA Show on ESPN. "At one point in my life, I felt as if fighting was everything. It *was* everything. I put life second. But now life has taken over." https://t.co/S1GnaysPxY

Much like Michael Bisping, Rashad Evans' career is decorated by a huge resume of accomplishments and a willingness to fight anyone and everyone put in front of him.

Rashad may be retired now but his accomplishments will live on forever. #UFC

Here are some of his fellow fighters reactions.

One of my favorite fighters and always giving me some wisdom when I see him thankyou @SugaRashadEvans @ufc https://t.co/T4s05JHVZs

Thank you @SugaRashadEvans for a great career. You’re a legend. It was such an honor to be able to share a card with you. Something I’ll never forget 🙏🏼

Best of luck @SugaRashadEvans in your future endeavors. The sport of MMA wouldn't be what it is today if not for champions like yourself. #cheers

Happy retirement @SugaRashadEvans. Watched you from day one homie. And honor for the words you shared about me back on the show. God speed. Hell of a career brother. #stillachamp

Congrats on a great career and good luck with what ever is next @SugaRashadEvans always a pleasure to watch as learnt my way in this sport. #Retirement https://t.co/rRkaS577qS

‘Suga’ Rashad Evans, a pioneer of the sport achieved in his career only a few are ever likely to achieve. His body of work are sure to be remembered for a long time.

Thanks for the memories Rashad.

UFC: Tyron Woodley opens up about the offer he got from Jon Jones for Colby Covington fight