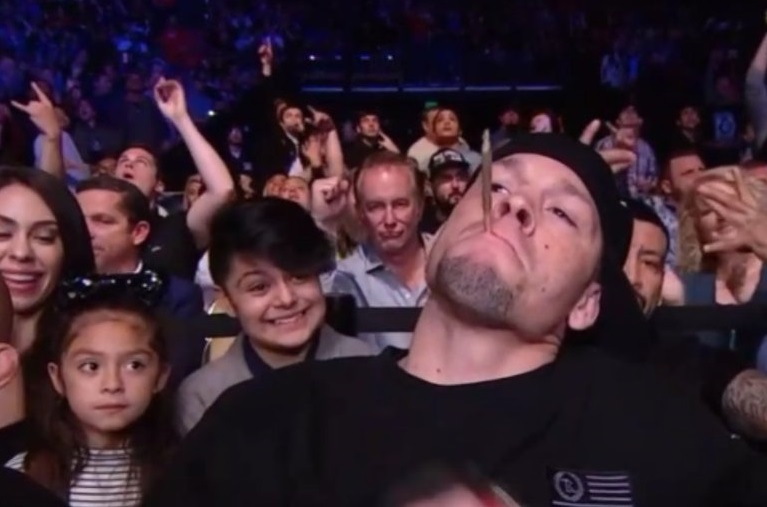 Nate was only on camera for a few seconds but the time was more than enough for him to make headlines. You can see the clip below.

*nate diaz is on camera for one second*

*throws joint in his mouth* pic.twitter.com/iXwr5I81Jt

Interestingly, Nate wasn’t the only one that captured the attention of the internet MMA Community. Two kids that were sitting beside the UFC star garnered some reactions.

Nate (19-11) has not fought since he lost to Conor McGregor back in August 2016. He has shown interest in returning to the octagon lately but nothing has been confirmed as of now. As for UFC Austin, the event received rave reviews from the fans.

Headlined by Donald Cerrone and Yancy Medeiros, the event had some great fights on showcase. In the main event, Cerrone stopped Medeiros in the first round. Derrick Lewis also managed to secure a big win when he knocked out Marcin Tybura in the third. James Vick, Sage Northcutt, and Curtis Millender were the other major winners on the main card.

Previous articleFight Night Orlando: Road to the Octagon
Next articleUFC: Valentina Shevchenko wants to settle the score with Amanda Nunes