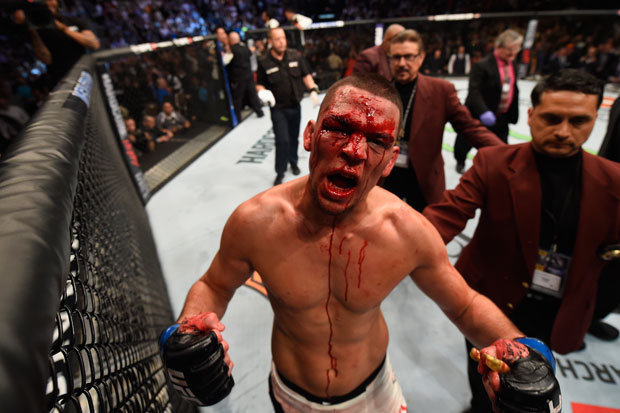 The UFC has booked a fight between Nate Diaz and lightweight Dustin Poirier at UFC 230 on Nov. 3 at Madison Square Garden in New York City. According to a report from the Los Angeles Times on Thursday, Diaz will return to the Octagon at the Lightweight limit and is set to serve as Co-main event although the main event hasn’t been finalized yet. 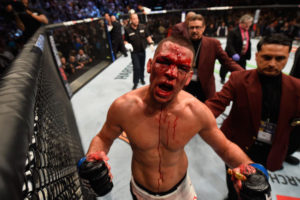 Diaz last competed in the Octagon at UFC 202 in August 2016 when he was on the wrong end of a majority decision to Conor McGregor, whom he had defeated previously at UFC 196 in March 2016 via second-round submission.

Diaz-Poirier will be fought at lightweight, 155, and serve as co-main event on MSG card that will include @LukeRockhold @chrisweidman

Meanwhile, Poirier has been on an absolute tear having gone 4-1 (1 NC) since then and currently rides a three-fight winning streak that consists of all finishes via KO/TKO. He recently defeated Eddie Alvarez by second-round TKO this past Saturday at UFC Fight Night in Calgary.

Diaz vs Poirier is expected to officially be announced by the UFC tomorrow at their 25th-anniversary press conference.

Conor McGregor back at the #1 spot on the UFC ranking.