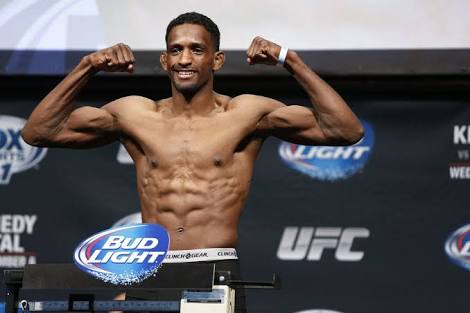 Ponzinibbio cemented his spot as the face of MMA in Argentina both physically and figuratively as he brutally knocked out Magny to extend his win streak to seven.

“Thank you to all who reached out and checked on me,” Neil Magny said in the caption of an Instagram post published post-fight. “I’m doing ok and will be home soon. Love you guys.”

Ponzinibbio in his trademark style came out in an aggressive fashion. Ponzinibbio landed some clean jabs which had Magny dealing with some problems with his eye. In the second round, Ponzinibbio suffered a cut on his eye as well, courtesy of a headbut which had him gushing with blood.

However, throughout the course of second, third and fourth rounds, Ponzinibbio landed heavy leg kicks on the lead leg of Magny leading to multiple knockdowns. The grimace on Magny’s face had Herb Dean considering to stop the fight. Ponzinibbio was probably a leg kick away from a TKO victory, however, he took a different route and landed a massive overhand right to shut Magny’s lights off.

One can have an argument as to whether Magny’s corner could have thrown in the towel when Magny was limping from those leg kicks. However, Magny is completely fine with his corner not intending to do so.

“Live by the sword die by the sword,” he said. “I’d rather fight tooth and nail till the last possible second and give it all I’ve got.”