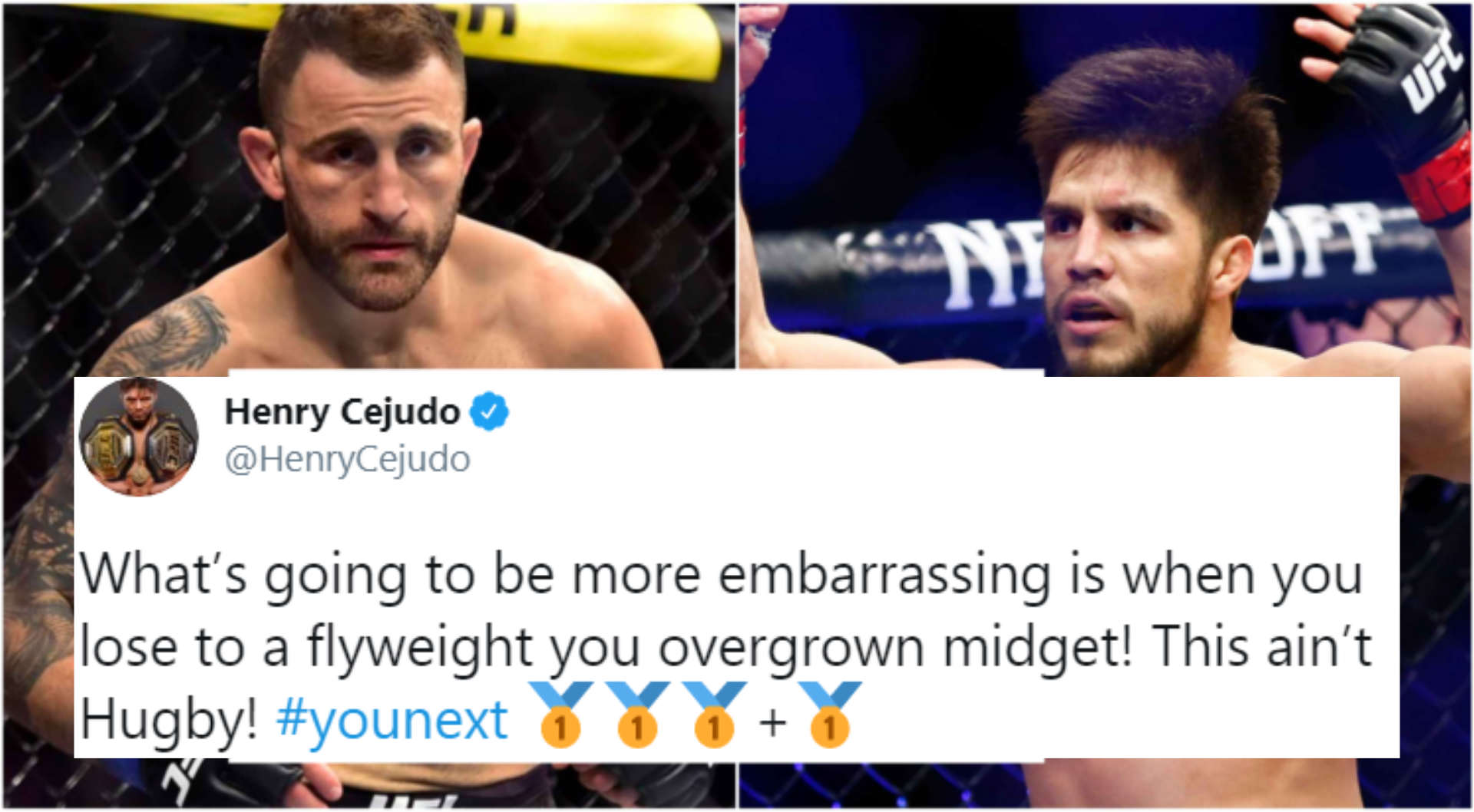 UFC bantamweight champion Henry Cejudo is supposed to fight Dominick Cruz on May 9 at the UFC Apex facility in Las Vegas. Current UFC featherweight champion Alexander Volkanovski is not impressed by Cejudo’s choice of opponents.

Cejudo and Volkanovski have been talking trash about each other on twitter for quite some time now. Cejudo has gone as far as calling Volkanovski an ‘overgrown midget’ and said that he would beat the Aussie if they fought. 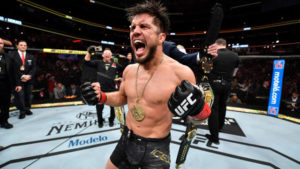 Last week, Volanovski raised questions regarding the choice of opponents Cejudo has been fighting. He said that Cejudo seems to be interested in fighting everyone else but the No. 1 contender in his own weight class. The featherweight champion even said that he is ready to shut Cejudo up if no one else is willing to fight him.

“If he keeps running his mouth and no one else is ready for a fight, and that’s what fight’s in front of me, I think I’ll do the world a big favor by shutting him up.” (H/T – MMAJunkie)

Cejudo was previously scheduled to fight Jose Aldo at UFC 250 on May 9 in Sau Paulo. But the event in Brazil had to be cancelled because of the Coronavirus outbreak.  Jose Aldo was coming down from featherweight and was on a losing streak. He lost his 135lbs debut to Marlon Moraes at UFC 245. MMA fans believe that there were other top contenders that Cejudo should have been fighting instead of Aldo.

His current opponent, Dominick Cruz, hasn’t competed inside the Octagon in more than three years. In his last fight, Cruz lost his bantamweight title to Cody Garbrandt.

Meanwhile, Cejudo didn’t like Volkanovski’s dig and said that it would be embarrassing if he lost to a flyweight.

What’s going to be more embarrassing is when you lose to a flyweight you overgrown midget! This ain’t Hugby! #younext 🥇🥇🥇+🥇 https://t.co/AOahbVjJYQ

“What’s going to be more embarrassing is when you lose to a flyweight you overgrown midget! This ain’t Hugby! #younext,” Cejudo tweeted.

Henry Cejudo, on the other hand, hasn’t competed since his win over Marlon Moraes at UFC 238, where he became the UFC bantamweight champion.

Previous articleTwitter answers after journalist Chamatkar Sandhu asks who is the Michael Jordan of MMA!
Next articleKhamzat Chimaev: The quick rise of BRAVE CF’s most dangerous man