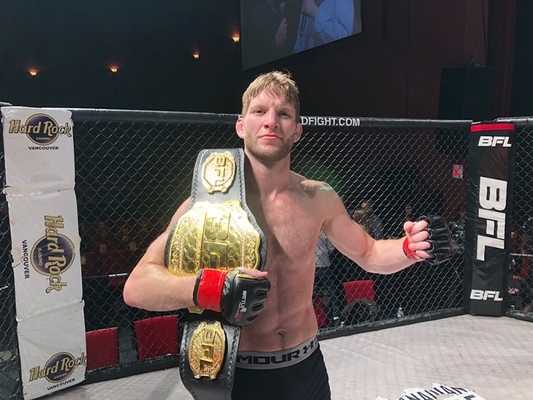 UFC newbie Cole Smith didn’t hold back while talking on the topic of fighter pay after his very first match in the UFC on ESPN +9. However, he backtracked on his words a while later.

Cole Smith’s path to his first UFC fight was not easy at all. He didn’t disappoint on his debut. He scored a unanimous-decision victory over Mitch Gagnon.

Mentioning the fact that there is a lot that he has sacrificed to reach the point he is in today, Cole said the following :

“This sport sucks, man,” Smith told reporters, including MMA Junkie, post-fight at Canadian Tire Centre. “Cutting weight, doing a bunch of (expletive) I don’t want to do, and I want to get paid accordingly. It’s one thing you’re fighting for peanuts your whole life. I’ve mooched rides, I’ve mooched food, my brothers have to give me clothes. It’s about time. I want to be paid.

He immediately backpedaled a bit :

“I am super happy to be here – 100 percent,” Smith said. “My first experiences here have been absolutely amazing. They’ve treated me great. So just want to throw that out there. I love the UFC. I’m very proud to be here.”