UFC News: Bookies are taking bets for Conor McGregor becoming the next president of Ireland! 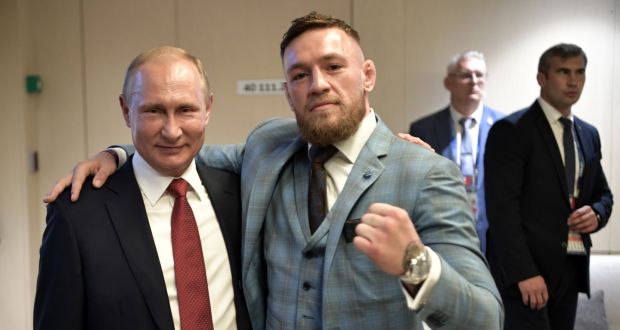 Former two-division UFC champion Conor McGregor has been very vocal on the recent Coronavirus outbreak. The virus has taken a serious toll on numerous countries around the world.

There have been 2.5 Million COVID-19 cases worldwide and around 170,000 people have lost their lives to this deadly pandemic. Almost all the major countries around the world have enforced some sort of lockdown measures to contain the virus. 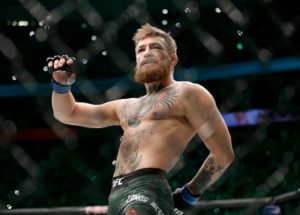 The highly contagious virus has registered 13,271 cases and 486 deaths in Ireland. Amidst the virus, McGregor has donated €1 million worth of medical equipment including personal protective equipment to the frontline health workers.

Another successful day of deliveries to our hospitals ☘️
Thank you to all on our frontline ❤️ pic.twitter.com/gazQkGaZyp

Another privilege to help @TheNotoriousMMA deliver 90,000 ffp2 masks 90,000 gloves and 8,000 visors. Across Ireland, thanks to @GalwayLeahy @dougleddin @Paul_Chemlinked 🇮🇪 €1.3 million euro is going along way to help Frontline staff by Conor and his team. Well done all involved! pic.twitter.com/FCOBctOXtn

Conor McGregor is no stranger to charity, he has in the past made donations to numerous organizations. He even donates proceeds from his Whiskey company Proper No. 12 to the first responders. However, more and more people are noticing McGregor’s recent gestures and are event seeing him as the next president of Ireland.

Boylesports, which is Ireland’s largest independent bookmaker has released the odds of Conor McGregor becoming the next president. McGregor started at 100/1, but after a surge in bets, the bookmakers had to revise it to 500/1.

“Conor McGregor is the latest celebrity to attract support for a stint in Áras an Uachtaráin,” Leon Blanche, spokesperson for BoyleSports said.

“The Dubliner has been showing us his generous side supporting homeless families and our frontline workers in the fight against Covid-19,” he added.

McGregor recently got into a verbal spat with Sinead O’Connor over immigrant workers being bought to the country amidst the lockdown. The skilled agricultural workers were being bought to work at a strawberry farm.

McGregor spoke against the fruit company stating why they weren’t recruiting locals to work in the fields when there are so many furloughs because of the Coronavirus.

Previous articleUFC News: Champ Champ Amanda Nunes pulls out of May 9th showdown against Felicia Spencer
Next articleMMA India Show interview with Srikant Sekhar to see what he’s been upto and who hopes to fight next!