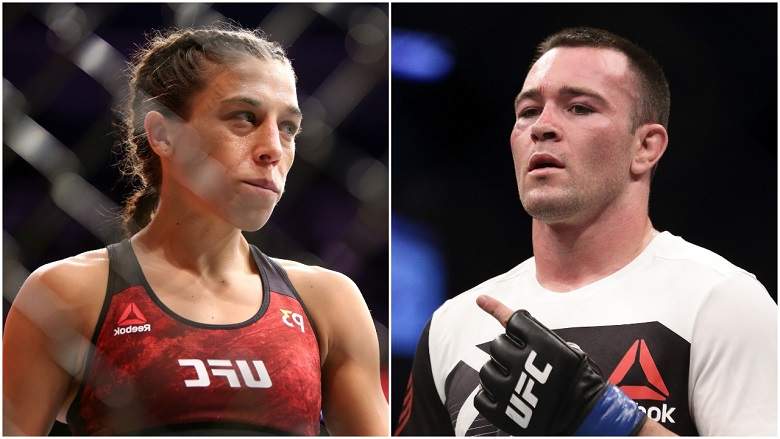 Colby Covington’s beef with his teammate is well known. He has had beef with Jorge Masvidal, Dustin Poirier, Joanna Jedrzejczyk, etc. Things got so serious at American Top Team that the owner Dan Lambert had to introduce a new rule at his gym.

As per the new rules, teammates at ATT can’t talk trash about each other unless they have fights scheduled. The rules apply for the female fighters as well and in this case Joanna Jedrzejczyk. 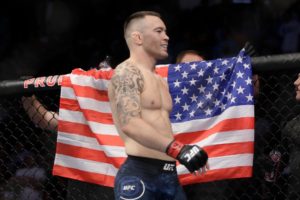 Joanna and Covington also have had a beef between them for quite some time now. Colby Covington recently appeared on the Eurobash podcast and explained that the reason behind the beef was because Joanna started flirting with him and he turned her down.

“I never said anything about Joanna, I never looked at her wrong or anything. One day she came into the gym and started screaming, ‘Ahhhh Colby this and that…ahhh, I hate you,’ and I’m like, ‘What the f*ck? What’s your issue?’ I know last week she tried to flirt with me, and I wasn’t giving her the time of day because, let’s be honest, I have standards, and she just doesn’t fit those standards – she’s not a seven-and-a-half and up, and I only message seven-and-a-halves or up.

“So, she got her feelings a little hurt. The raw American steel and twisted sex appeal of Colby Covington didn’t want to take her on a date, didn’t want to flirt with her and didn’t have any interest, because I’m too busy getting dimes and supermodels to waste my time on some ugly boobie-woman from Poland or whatever.”

Joanna Jedrzejczyk is a not a ‘good person’: Colby Covington

The former welterweight title challenger also explained that Joanna Jedrzejczyk is not a good person.

“She wants to come and hate me and make me look like the bad guy, but everyone knows that Joanna is not a good person,” Covington said. “She believes in her own hype, she thinks she’s better than life. Nobody is better than anybody, I don’t care what your title is, or how much money you have. It doesn’t mean that you’re better than anybody.” Covington concluded. (H/T – MMA Fighting)

Colby Covington is coming off of a fifth-round TKO loss to Kamaru Usman at UFC 245. Prior to that, he was riding on a six-fight winning streak in the UFC. On the other hand, Joanna Jedrzejczyk is coming off of a unanimous decision loss to Weili Zhang at UFC 248 earlier this month.