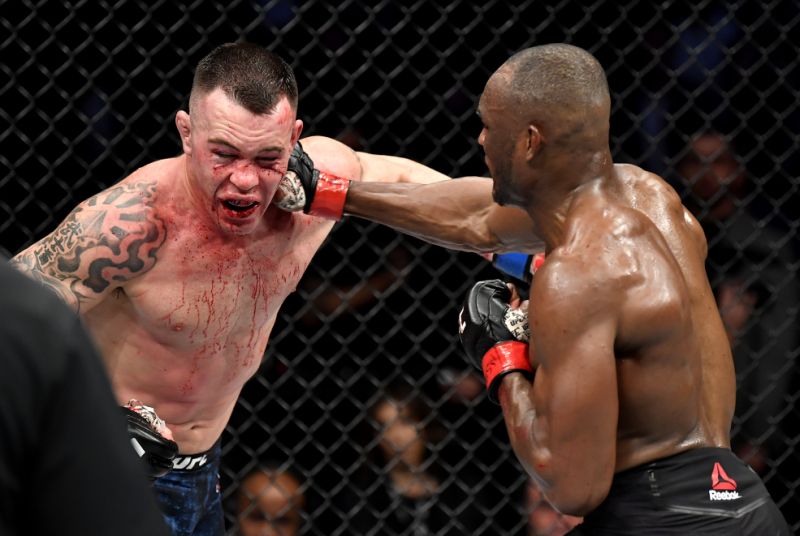 Colby Covington lost his opportunity to become UFC welterweight champion at UFC 245. He lost to Kamaru Usman via TKO in the fifth round.

The fight was a highly entertaining one and both fighters went back and forth at each other. In between third and fourth round, Covington told his corner that he had broken his jaw. 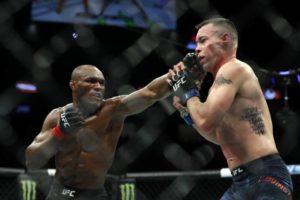 Despite this, he showed full heart and continued fighting for two more rounds. Through round four, the judges had an extremely close scorecard (3-1 Usman, 3-1 Covington, and 2-2). The referee ultimately stopped the fight in the fifth round.

The fight was so close that it deserves a rematch, but with UFC already committed to Jorge Masvidal vs Kamaru Usman, the former interim champion may have to wait. However, Covington has no problem waiting because UFC has assured him of a rematch and even a third fight.

“There has been some talks with the UFC; they like the idea of a rematch,” Covington said. “They think it’s justified. I mean, look at the fight. I’m up three rounds to one going into the fifth round. I won the first, second and fourth, there’s no questions about that, and the UFC likes the idea. The fight delivered. It was a great fight, exciting fight, we put on a show for the people, but this has just started. This just started. That was Round 1; there’s Round 2 and 3 coming. There’s a sequel and trilogy coming to this fight, so I think they like the idea of it.”

“I’m going to sit tight, play my cards tight, and I’m going to keep getting better,” Covington said. “I love training and just getting better and just improving every day, and I know I still have a lot to work on. I’m still new in the game, and the good thing for me is I’m still young. I’m 31 years young. Time is on my side, so whatever they want to do, I’m still going to be here. I’m not going anywhere, and there’s no one that can take me out of this position right now, so I’m going to sit back, I’m going to see what happens, if someone overprices themselves out of this title fight, and I deserve to fight for the title.

“I already won a world title. I’m a world champion.I’m the people’s champion, I’m America’s champion. And I’m Donald Trump’s favourite fighter, so to get me back, they need to do me right and put an even playing field and give me my rematch vs. ‘Marty Fakenewsman.’ And if not, if they want to go another direction, and they want to have ‘Street Judas’ journeyman Jorge Masvidal fight ‘Marty Fakenewsman’ then that’s fine. I can wait for the winner.