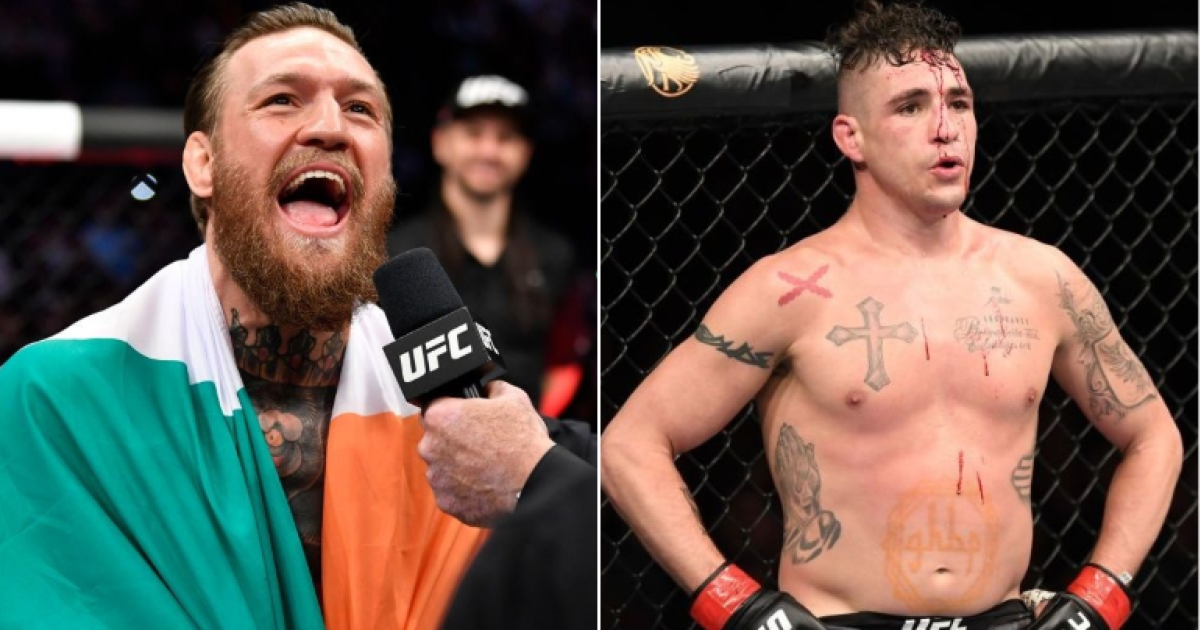 Conor McGregor has called out Diego Sanchez and this has baffled everybody. Sanchez fought Michel Pereira in the co-main event of UFC Fight Night 167 at the Santa Ana Star Center in Rio Rancho, New Mexico.

However, the referee gave him options about if he wanted to continue fighting. Sanchez opted not to continue and won the fight via DQ.

Immediately after the fight, Conor McGregor sent out a tweet calling out Diego Sanchez. 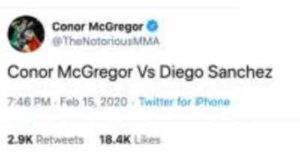 McGregor also retweeted a parody account that had a fan-made poster of McGregor and Sanchez. 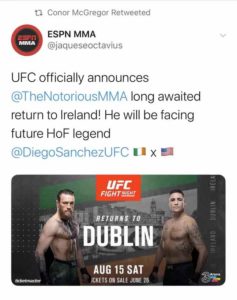 Conor McGregor and Diego Sanchez had a twitter back and forth in 2013.

@DiegoSanchezUFC My comeback fight will be Dublin next year. Its a done deal. McGregor Vs Sanchez. Ireland Vs Mexico. @danawhite Lets do it.

@TheNotoriousMMA @danawhite I'm up next in Dallas Texas in March let me know if you want to get #KTFO ? Your all talk #challengeisout

I will still fight with you one day, I am growing every day to fight with the best and you are one of my list, wait for me to arrive and I will dominate my category! 🔪💀🔪🔪🔪💀🔪🔪🔪🔪

”I will still fight with you one day, I am growing every day to fight with the best and you are one of my list,” Pereira declared. “Wait for me to arrive and I will dominate my category!”

“Nothing strange about this… this is mixed martial arts. We use keywords / phrases learned in camp with our coaches for fight combos during the practice and fight night. People love to clickbait and sell fake stories and images.” said the post shared by Diego Sanchez. “I don’t necessarily agree with his new coaching staff but as someone who has had the pleasure of being friends and training partners for 2.5 years with Diego, I 100% trust and respect his judgement.”

Jan Blachowicz def. Corey Anderson via KO (strike) at 3:08 of Round 1

Diego Sanchez def. Michel Pereira via DQ (illegal knee) at 3:09 of Round 3

Brok Weaver def. Kazula Vargas via DQ (illegal knee) at 4:02 of Round 1

Daniel Rodriguez def. Tim Means via submission (standing guillotine choke) at 3:37 of Round 2

John Dodson def. Nathaniel Wood via TKO (strikes) at:16 of Round 3