UFC News: Cub Swanson wants cornermen who ‘flat out suck at MMA’ to be suspended for bad advice in between rounds 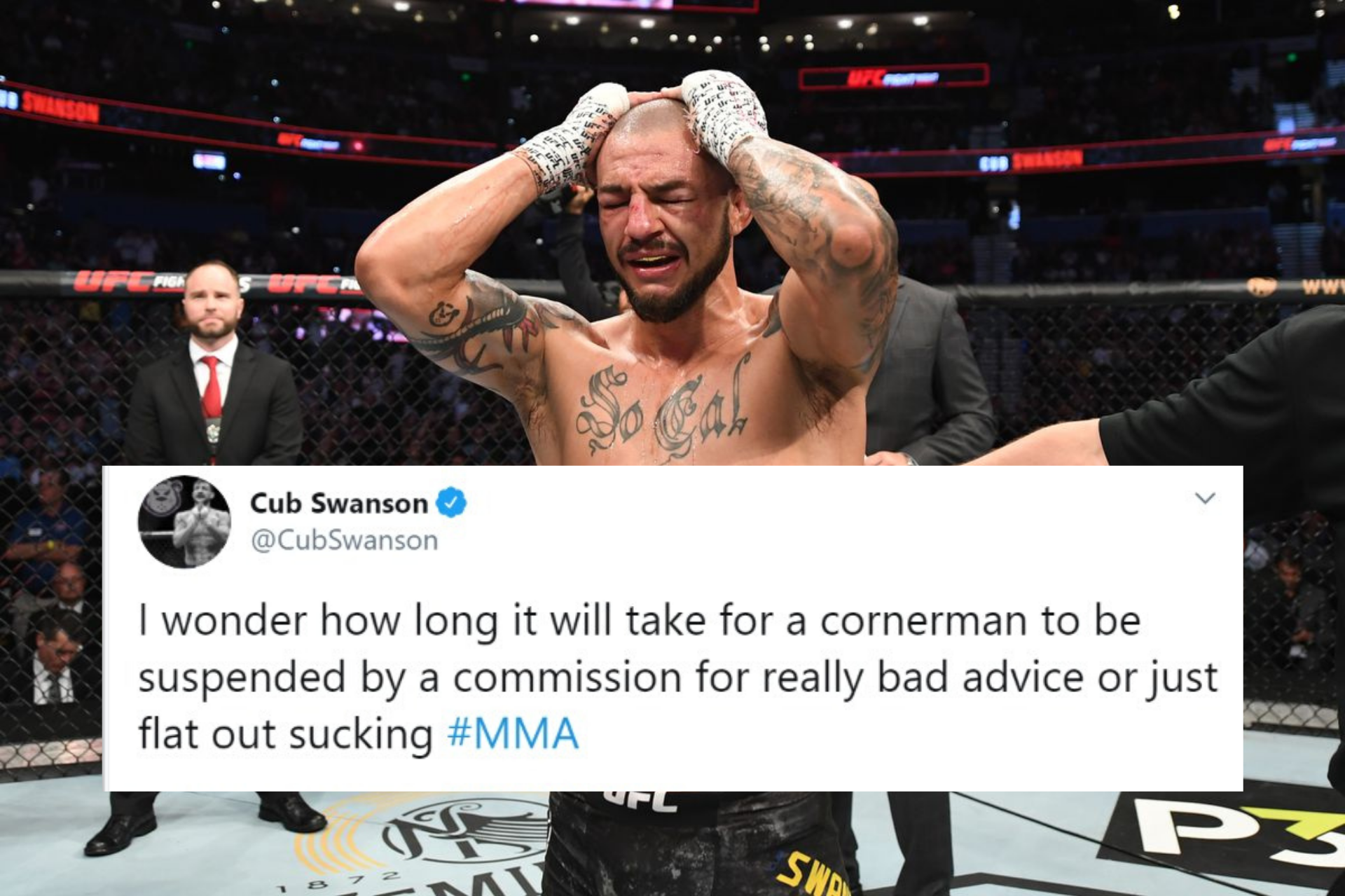 UFC featherweight Cub Swanson wants the athletic commission to suspend cornerman who ‘flat out suck at MMA’. Swanson took to twitter to express his thoughts. 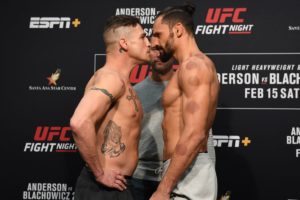 Swanson’s tweet came following Diego Sanchez’ DQ victory over Michel Pereira in Rio Rancho last weekend. For this fight, Sanchez had switched training and took the services of Joshua Fabia. His new coach doesn’t have any experience in training MMA.

“I wonder how long it will take for a cornerman to be suspended by a commission for really bad advice or just flat out sucking #MMA,” Swanson tweeted.

“I don’t think the average fan recognizes the difference between a world class coach and some guy that said he would hold your bucket,” he said.

Diego Sanchez’ coach gave him weird and unorthodox advises in between the rounds.

Here’s what Fabia said to Sanchez during the First and second rounds.

“Sip the water. Breathe in. Good.”

“Five recovery breaths! In the nose, out the mouth.”

“I need you to get in. Get in, get behind. If it gets tight, if it gets sticky, take him to the ground.”

Fabia to Sanchez between round two and three:

“Listen to me. You need to go, alright? You need to go. I need to see you go swinging. You know why? Because you’ve got nothing to lose now.”

“He just won that round with that throw. You had the other round on points, on contact. Alright?”

“You’ve got to do your fucking job. Get to work. Alright?”

“Quit acting like you don’t know how to do it. Do not let him trigger you —” (audio cuts off as broadcast shows replays) (Transcripts via BloodyElbow.com)

Do you agree with Cub Swanson?

UFC News: Brian Ortega challenges Zabit to fight him in a five rounder ‘if he wants to be champ’

Previous articleUFC News: Diego Sanchez responds to the criticism of bizarre corner advice he received
Next articleTyson Fury reveals the time he beat Klitschko mentally 7 years before they fought!