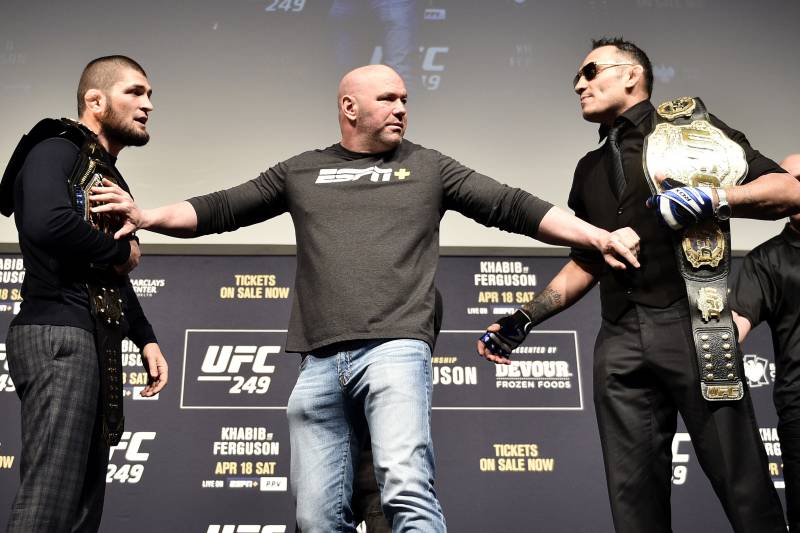 Coronavirus has finally shut down Dana White’s hands as he is forced to cancel the next three UFC cards. However, White made it clear that this doesn’t affect the status of the super-fight between Khabib Nurmagomedov and Tony Ferguson.

Khabib Nurmagomedov is set to defend his title at UFC 249 against Tony Ferguson on April 18. It’s however unclear as to how UFC will manage to do that. 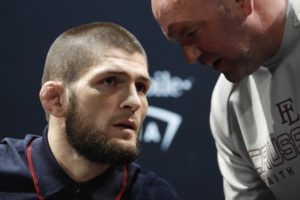 Khabib Nurmagomedov vs Tony Ferguson to take place outside the US?

When NSAC stated that they were banning all kinds of sports events in the state, UFC president Dana White was planning to move the fight card to Firelake Arena in Shawnee, Okla. But with POTUS stating that less than 10 people gathering at a single place be prohibited, Dana White decided to cancel the events.

“We’re postponing the next three events, but Tony Ferguson vs. Khabib [Nurmagomedov], April 18 is still on and that will still happen,” White said (via – MMA Fighting). “We’re going to follow these guidelines to not have more than 10 people in a room and we’re hoping this all clears up by April.”

“Obviously, we’ve had some blowback from the media that covers us, but everybody’s going to have their opinions,” White said. “We’re going to continue on.

“These three fights are postponed, they will still happen and Khabib-Tony is on for the original date. We’re going to keep fighting.” White concluded.

Do you guys think Tony Ferguson vs Khabib Nurmagomedov will happen next?

Previous articleUFC News: UFC cancels next three events because of Coronavirus
Next articleMMA world reacts to UFC events being cancelled due to Coronavirus scare