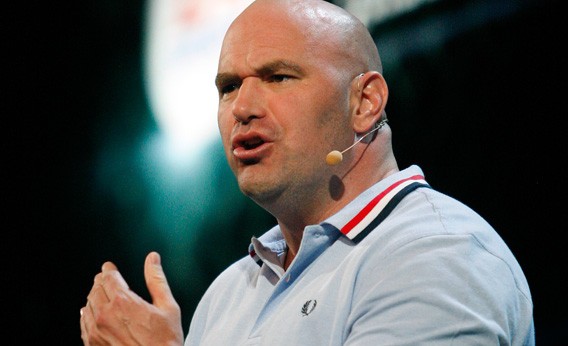 After downplaying the pandemic for days, UFC president Dana White cancelled all UFC events still April 11. Earlier this month, when the pandemic had started to spread across the US, Dana White was still positive about the fight card going forward.

In fact, he even went ahead with UFC Brasilia despite the governor stating that clusters of people shouldn’t be gathering anywhere in the city. The UFC went ahead with the fights.

Their next event was scheduled for UFC London, but a week before the event, Leon Edwards pulled out of his fight against Tyron Woodley, stating that he wanted to be with his family in case the travel ban was put in place. UFC was ready to host the fight between Woodley and Covington on short notice at an Indian reservation in Oklahoma.

However, with the government advising that no more than 10 people be allowed to gather at any place, UFC had to cancel its events. This action from UFC and Dana White came pretty late compared to other sports leagues around the world. This led to people criticizing Dana White for putting fighters in avoidable harm.

Dana White has been pretty active on social media sharing memes relating to the coronavirus epidemic. On one such meme on Instagram, a fan with username @h_ssan_m commented that the leftist were calling him a greedy capitalist for continuing with the fights despite the outbreak.

Dana White says UFC 249 will go ahead as scheduled

While fans are definitely disappointed as the UFC has cancelled three fight cards. They have something to cheer for as White confirmed that despite the coronavirus situation UFC 249 will go ahead as scheduled.

UFC 249 will feature a mouth-watering lightweight title fight between Khabib Nurmagomedov and Tony Ferguson. The fight was initially scheduled to take place at the Barclays Center in Brooklyn but had to be cancelled amidst the bans on the sporting events across the state of New York.

“We’re postponing the next three events, but Tony Ferguson vs. Khabib [Nurmagomedov], April 18 is still on and that will still happen,” White said last week(via – MMA Fighting). “We’re going to follow these guidelines to not have more than 10 people in a room and we’re hoping this all clears up by April.”

UFC News: Read why none of the UFC Brasilia fighters were tested for Coronavirus

Previous articleTriple C puts Conor McGregor on notice for Justin Gaethje fight; says ‘McTapper’ will get destroyed in a round!
Next articleAhead of BRAVE CF Title Shot, Chimaev Named Breakthrough Fighter of the Year in Sweden