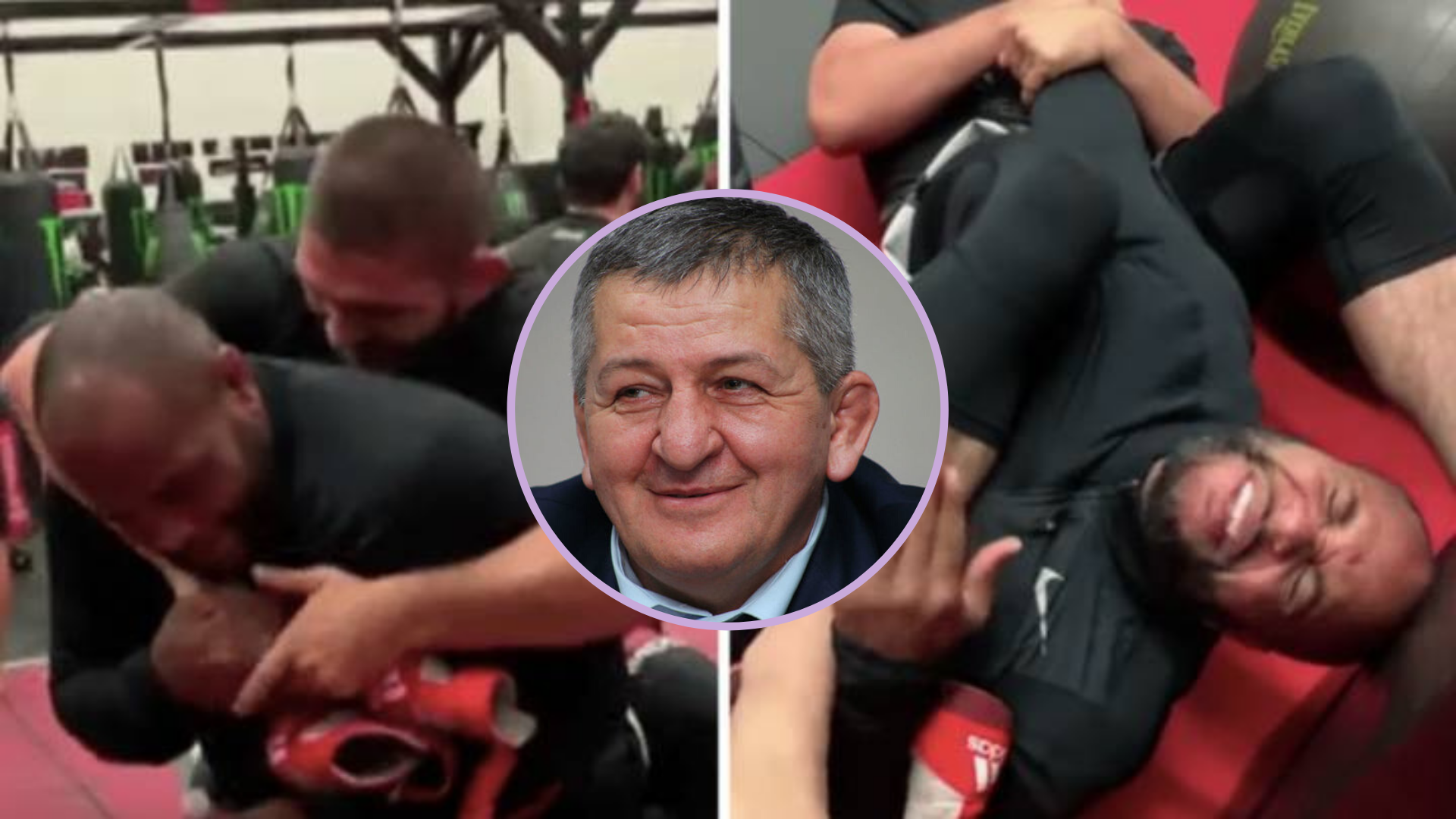 UFC lightweight champion Khabib Nurmagomedov’s father Abdulmanap Nurmagomedov is currently in critical condition. He underwent a heart surgery that arose after complications from getting infected by Coronavirus. Abdulmanap had heart surgery last year and was suffering from pneumonia-like symptoms.

Following this, he was advised by doctors to get tested for Coronavirus, he refused and went about his daily activities. As his conditions worsened he had to be flown into Moscow on a special plane.

He was admitted to the hospital in a medically induced coma. Khabib later today confirmed that his father’s health worsened as a result of coronavirus, which affected him from his previous ailments. 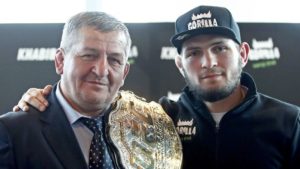 Former UFC light heavyweight and heavyweight champion Daniel Cormier sent words of encouragement for the Nurmagomedov family. Speaking to ESPN’s Ariel Helwani, Cormier narrated an interesting story that showed how tough Abdulmanap really is. Cormier and Khabib train alongside each other at American Top Team under coach Javier Mendez.

While sending wishes to the Nurmagomedov family, @dc_mma told @arielhelwani an incredible story about the strength and toughness of Khabib’s father, Abdulmanap. pic.twitter.com/hTIEEDwjVz

“It’s just a sad time for the champ and his family,” Cormier said. “We never know what life is gonna give us and right now the Nurmagomedov family is dealing with something very difficult with his father. He [Khabib] calls him father all the time, but I know that Khabib’s dad is one of the strongest people in the world. He is going to fight to be there for his son, his grandkids, and his family. I am hoping that he does OK

“You don’t know him personally, but Khabib’s father is one of the strongest human beings that you have ever met. I was at the ultimate fighters gym one time and his dad grabbed me to wrestle with me and he threw me down. So he and me start tussling around and Khabib goes ‘DC, this guy really tried to win’, and he was actually trying to beat me

“Like he is not wrestling with you to play around, he is the real deal man and I hope the champ and his family get through this,” Cormier concluded.

Khabib Nurmagomedov took to Instagram recently and stated that as many as 20 people in his family were infected with COVID-19.

UFC: Daniel Cormier believes Khabib will not be defeated in his career