UFC News: Dustin Poirier issues Twitter callout of Al Iaquinta for bout at 170 pounds – and they go back and forth! 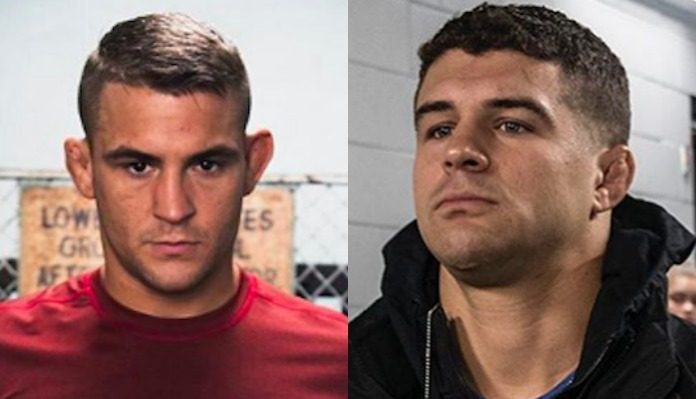 Al Iaquinta is currently going through a hard time inside the octagon. He is 1-2 in his last three fight. His last fight with Dan Hooker at UFC 243 ended in a lopsided one-sided victory for the Kiwi. 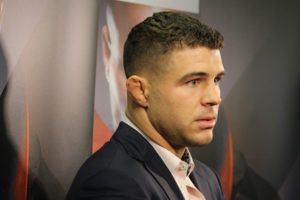 Prior to this, he suffered a one-sided beating against Donald Cerrone at UFC Fight Night 151. However, Al Iaquinta wants to turn things around and he knows beating a guy like Dustin Poirier will put him back into amongst the top lightweights.

“He doesn’t have a fight coming up, that’s the fight,” Iaquinta said. “The UFC just has to call him. I called Hunter [Campbell], I texted Sean Shelby, I said ‘that’s the fight’ and I’m pretty sure… maybe they didn’t offer it to him, but if they did, he turned it down. Either way, the offer’s extended now and that’s it. I think it’s a good fight.”

“He thinks his stock is a lot higher than it is. He would’ve gotten choked unconscious but he tapped before the deed could be done,” Iaquinta said. “I think that’s the fight that needs to be made.

“He thinks he’s the no.1 contender but he’s really not. I fought Khabib on a minute’s notice. He said he wants an exciting fight, he’s gonna get an exciting fight. I’m gonna f**k him up. That’s the fight.” (h/t – BJPenn.com)

It didn’t take long for Poirier to respond. He took to Twitter to mock Al Iaquinta’s record, stating that he had only won two-fights in five years.

@ALIAQUINTA Bro you won 2 fights in the last 5 years…. pipe down

Let's get it tough guy

“Let’s get it tough guy“

Poirier also stated that he wanted to fight Al at 170lbs because he didn’t want to cut any weight.

Because i definitely ain't cutting weight for an opportunity to fight Al lol https://t.co/MAyrysVggZ

Poirier is coming off of a third-round submission loss to UFC lightweight champion Khabib Nurmagomedov in September last year at UFC 242.

UFC News: Henry Cejudo gets called out for racist remarks against Aljamain Sterling