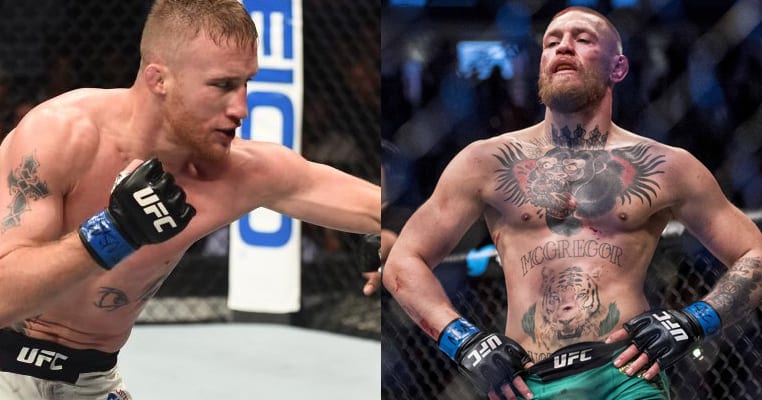 The former UFC featherweight and lightweight champion Conor McGregor recently again made the news, this time not for his contributions towards fight Coronavirus but for his entertaining Twitter rants and call-out of the newly crowned UFC interim lightweight champion Justin Gaethje. Many have had their say on this potential match-up time and time again. While a possible fight between the duo seems unlikely as Gaethje will likely meet Khabib Nurmagomedov in a title unification bout later this year, the former UFC lightweight champion Eddie Alvarez has had his say about how the fight would fare between the two.

It should be noted that Alvarez has previously fought both McGregor as well as Gaethje. While he did register a fantastic victory over Justin at UFC 218, he had lost his title in humiliating fashion to the Irishman back at UFC 205. 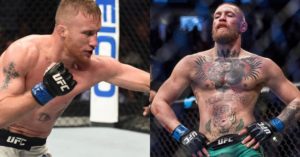 Alvarez told The Score in an interview that he believes the fight would end with a potential knockout for McGregor. Here’s what he had to say:

I think a knockout (for McGregor), I was able to catch (Gaethje) quite a bit with punches, and you watch, Dustin (Poirier) was able to box him a little bit. The thing with Justin, if I thought he was going to implement a ground game and go in there and take Conor McGregor down and put him against the cage and do what Khabib did, or do what I intended to do, if he was going to implement that game, I would say, ‘Justin is going to do really well against him,’ Just standing for standing, is what I feel like it’ll end up being, there’s just too many mistakes Justin would end up making and Conor would be able to kind of capitalize.

Alvarez had switched ships from the UFC to ONE Championships, apparently for a better financial package back in early 2019. He lost his ONE debut but has since recovered with a strong victory in his last fight against Eduard Folayang.