UFC News: Eddie Hearn explains exactly why he is a ‘big fan’ of MMA and the UFC 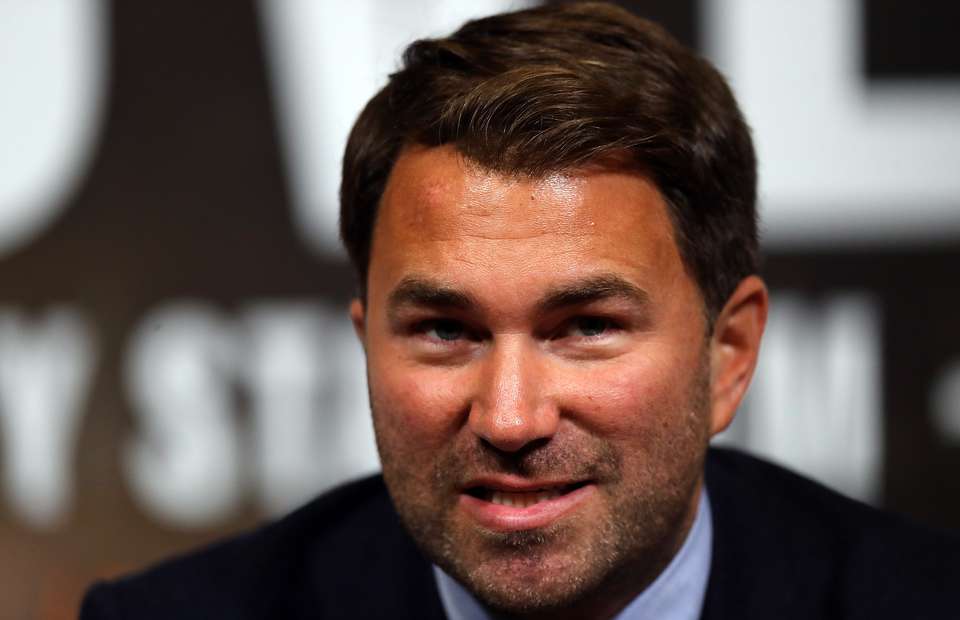 Eddie Hearn is currently the most successful boxing promoter in the world. He has a stable of superstar athletes in Boxing ranging from Anthony Joshua, Gennady Golovkin, Oleksandr Usyk to Billy Joe Saunders amongst countless others. Despite being a boxing powerhouse, he has always been appreciative of UFC.

Eddie Hearn has always admired how successful UFC has been over the past decade. In an interview with BeIN sport, revealed that even though he is only a casual fan of the UFC, he is jealous of how successful the Las Vegas based Mixed Martial Arts organisation has been. 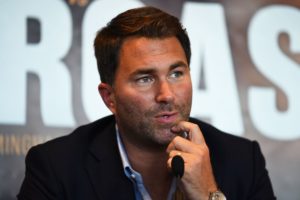 “But I love what [the UFC has] done as a brand, I love their expansion into territories. I’m jealous because they control the sport and fighters in a way where the fighters are basically told who they’re going to fight.”

Eddie Hearn expressed his frustrations regarding the match-making in boxing. He said that there are a lot of variables in place while negotiating for a big boxing event. But that’s not the case for the UFC, as they have the final say in the match-making.

“In boxing, it’s exactly the opposite,” Hearn said. “[Fighters] tell us [who they are going to fight]. From that perspective, Dana White has always talked about going into boxing but it’s going to be really frustrating because you don’t just phone up Canelo [Alvarez] and say, ‘Right, you’re fighting [Gennadiy Golovkin] in September. I’ll see you there.’

“[In boxing] you have to negotiate with managers, advisors, networks, it’s frustrating. So, I’m an MMA fan – the sport and also the business.”

He also revealed that he is interested in dipping his toes in the world of Mixed Martial Arts in the near future.

“Let me crack boxing first, and then we’ll see about MMA.” (H/T – BoxingJunkie.com)

Do you guys think Eddie Hearn will ever get into the MMA business?

Previous articleUFC News: Read which fellow Middleweight Israel Adesanya has a budding bromance with!
Next articleUFC News: Khabib’s father drops a hint about which country his son will fight Tony Ferguson in