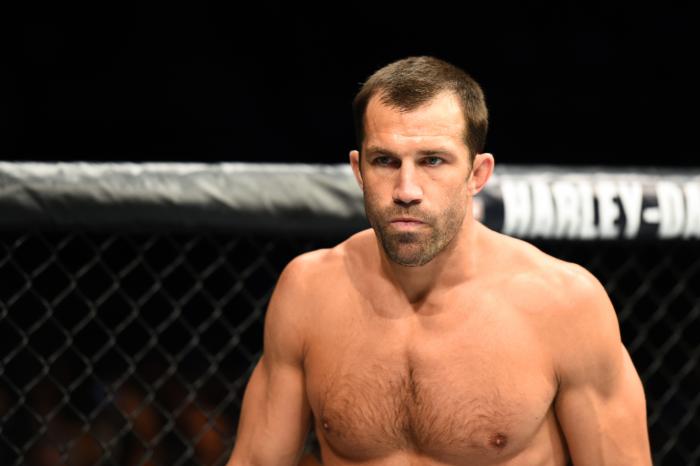 The former UFC and Strikeforce middleweight champion Luke Rockhold has been on more than a year long hiatus ever brutally losing a bout in his light heavyweight debut to Jan Blachowicz. Rockhold who many believed had retired has now teased a comeback.

Rockhold has a professional MMA record of 16-5 and has been brutally knocked out in both his last fights, at middleweight as well as over at light heavyweight. He was at the receiving end of some heavy defeats. Thus, he lost three out of his last five fights. He last competed and fought at UFC 239 back in July of last year. 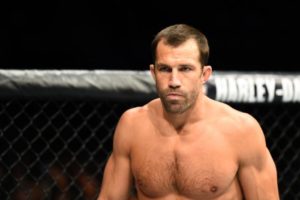 Rockhold in his hiatus has been focusing largely on his modeling career. He was recently in a conversation with MMA UK. He told them that he refuses to give an official comment on his retirement and teased his return. Here’s what he had to say:

That’s why I just kept my mouth shut. People just do it to seek attention. I’m not trying to like make some big statement, make attention about it when I’m not sure about it. Here we are now. I’m getting healthier and I might be getting an itch. We’ll see. A lot of interesting choices. If Anderson [Silva] is still interested and seemingly he is, maybe, you never know. [Chris] Weidman’s got a fight coming up. If something, he comes out of that well, you never know. There’s options. I’ve just got to get healthy. It’s getting healthy and getting everything right and just taking some time off. I’ve been pushing it so hard for 15 years in this sport. It’s nice to have a break, mentally it’s freeing. Get focused on some other things I can do and there’s a lot to maintain and keep up with. We’ll see how the UFC and everyone comes out of this coronavirus epidemic because it’s going to bury a lot of companies, I’m curious to see how these fights come to be.