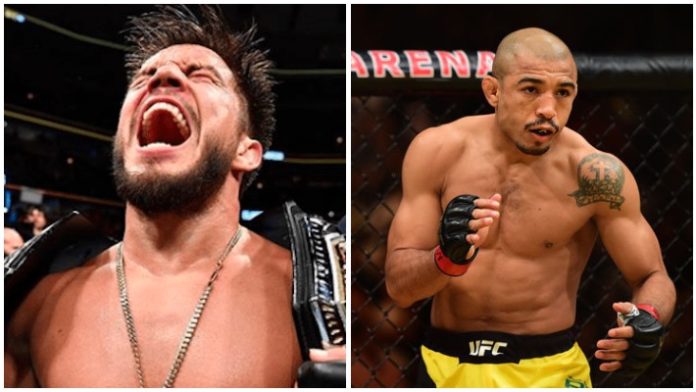 UFC bantamweight champion Henry Cejudo was scheduled to fight Jose Aldo at UFC 250 on May 9. However, because of the Coronavirus pandemic, Jose Aldo pulled out of the fight and now Cejudo will fight Dominick Cruz.

The event scheduled to take on May 10 has been renamed to UFC 249 and will take place at Vystar Veterans Memorial Arena in Jacksonville, Florida. 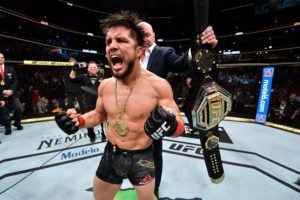 While a fight against former bantamweight champion Dominick Cruz is still a big fight, Cejudo doesn’t want to let Jose Aldo go off the hooks. Speaking to TMZ, Cejudo said that he is willing to do anything to fight Aldo even if it means marrying the former featherweight champion.

“I told Dana White, I said, ya know, I’ll take this fight with Dominick Cruz … but I still don’t wanna leave Jose Aldo off the hook,” Cejudo said to TMZ Sports. “I said if I have to marry him to fight him, then I will do that. I will literally marry the dude to take the dude out.”

Henry Cejudo is coming off of a TKO win over Marlon Moraes at UFC 238. This will be Cejudo’s first fight in 11 months. Following his win, he had to undergo a shoulder surgery because of injuries sustained during the fight.

On the other hand, Dominick Cruz hasn’t competed in over three years. He was last seen in action against Cody Garbrandt at UFC 2017. In this fight, he lost his bantamweight title via a unanimous decision.

Previous articleMMA India Exclusive with Vishal Seigell: ‘Of all the fighters I have trained, Roshan Mainam has accomplished the most!’
Next articleHeavy hitting: The Mountain to fight fellow World’s Strongest Man Eddie Hall in boxing match!