UFC News: Henry Cejudo sets his sights on Jon Jones and Khabib Nurmagomedov as he aims to become p4p number 1 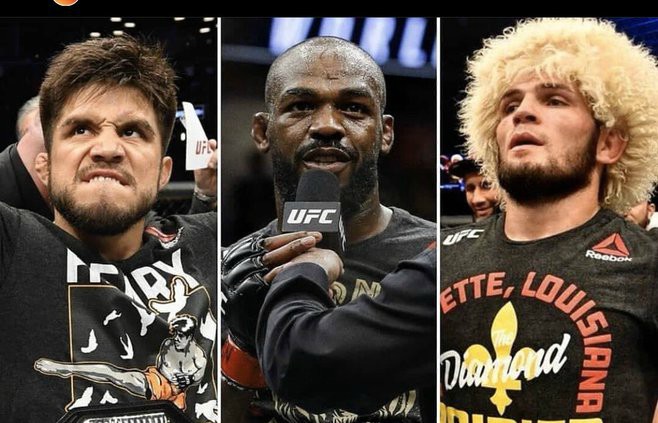 Whenever there’s talk about pound-for-pound the best fighter in the UFC, the fans usually always point at either Jon Jones or Khabib Nurmagomedov. Now it looks like UFC bantamweight champion Henry Cejudo is gunning for that title.

To make that happen, Cejudo has to get past Jose Aldo in May. Cejudo is scheduled to fight Jose Aldo at UFC 250 in Sao Paulo, Brazil on May 10.

The idea behind Cejudo dethroning Jones or Khabib isn’t too farfetched. Cejudo has two sole losses in his MMA career. His first loss came against Demetrious Johnson and his next loss came to Joseph Benavidez. So far, Cejudo has already avenged his loss to Johnson at UFC 227 in August of 2018. 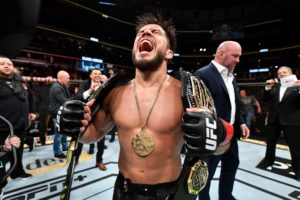 On the other hand, he holds victories over former bantamweight kingpin TJ Dillashaw and top bantamweight contender Marlon Moraes.

“There are two men ahead of me on the pound for pound rankings and I’m here to tell you Virus or no Virus that crown will be mine! @khabib_nurmagomedov @jonnybones #bendtheknee 🥇🥇,” Henry Cejudo wrote.

Jon Jones is coming off of two razor-thin victories over Dominick Reyes and Thiago Santos. Jones’ 0nly career loss came via a DQ against Matt Hamill in 2009. In the meantime, Khabib Nurmagomedov is on a dominant winning streak in the UFC and in his last fight made an easy work of Dustin Poirier at UFC 242.

The coronavirus situation could also spoil the party for Cejudo. So far UFC has been forced to cancel three UFC cards and if the situation deteriorates future events could also be at risk.

Aldo is coming off of a unanimous decision loss to Marlon Moraes at UFC 245. Previously he lost to Alexander Volkanovski at UFC 237. He is 4-2 in his last six fights.

On the other hand, Cejudo last fought at UFC 238 in June where he defeated Marlon Moraes via TKO in the third round. Prior to that, he knocked out TJ Dillashaw in just 32-seconds.