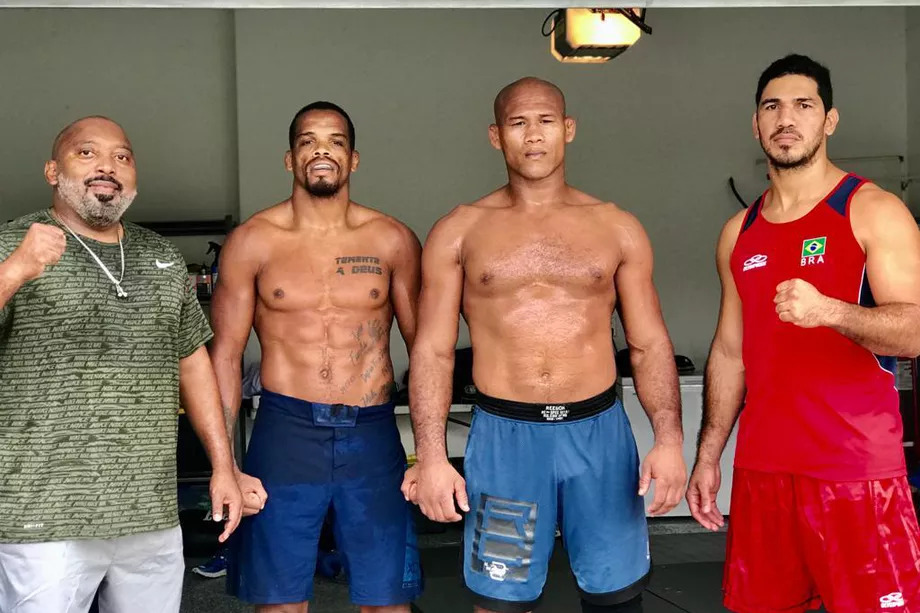 Jacare Souza is set to fight at UFC 249 against Uriah Hall on April 18. The fight was initially scheduled to take place at the Barclays Center in Brooklyn, New York, but has been relocated back due to coronavirus epidemic.

The venue for the fight hasn’t been announced yet, but chances of this fight taking place outside the United States is highly likely. As major cities across the US are being put into quarantine, it has become inconvenient for the fighters to carry out their training camp too.

This is true for Jacare Souza. The 40-year who resides in Miami has been forced to train in his garage. His coach Josuel Distak revealed to MMA Fighting in an interview that they are being extra cautious because of the outbreak. Souza used to train at Fusion X-cel Performance gym, but it had to be shut down until 1st April under strict orders from Gov. Ron DeSantis.

Souza revealed that they’re staying at a local hotel and are making minimal physical contact outside of their gym.

“We continue to train hard because we weren’t told otherwise,” Distak said. “We expect this event to happen. We’re training well. The government ordered all gyms to close for two or three weeks but we have our plan B, a gym at ‘Jacare’s’ house, a garage with mats, and we’ll keep training for those three weeks at ‘Jacare’s’ garage.”

“We go from the hotel to his garage and straight back, and we’re being very careful,” Distak said. (H/T – MMA Fighting)

Jacare vs Hall on UFC 249 to take place outside the US?

The UFC 249 card is being headlined by Khabib Nurmagomedov and Tony Ferguson. It’s a highly anticipated fight that has been in the making four times previously. All the four times the fights have been cancelled, however, Dana White is extremely confident about the possibility of this fight taking place.

Do you guys think UFC 249 will take place?