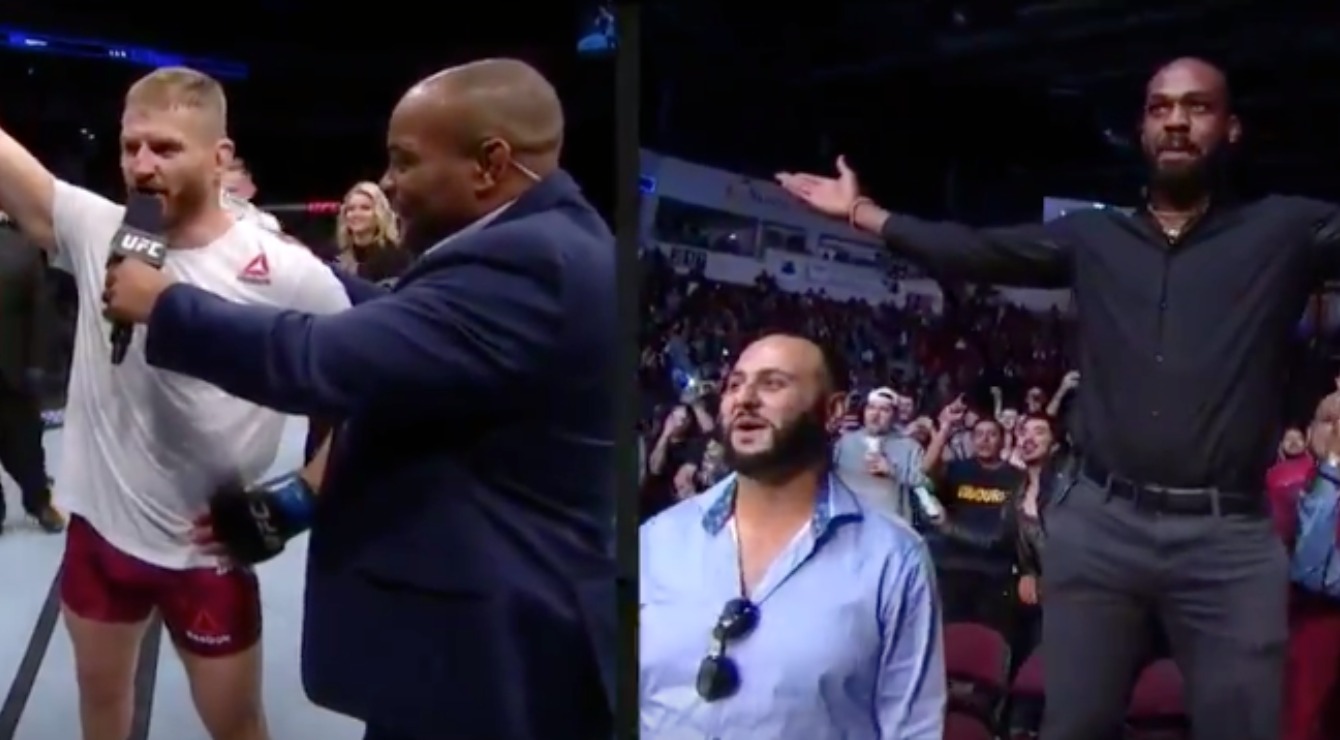 The UFC light heavyweight champion Jon Jones after defeating Dominick Reyes and defending his belt again, albeit in a rather controversial fashion is now again on the lookout for new title challengers to his throne on top of the UFC’s light heavyweight mountain. One prime contender that has risen is top ranked contender Jan Blachowicz. The duo have been involved in some strange back and forth banter on Twitter. In a recent tweet, the Polish fighter threatened to ‘fist’ Jones, which promptly led the American to call him ‘strange’. 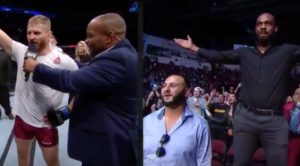 Blachowicz recently took to Twitter and replied to an indirect call out by Jonesin which the champion had suggested that he would like to fight in Poland and defeat a Polish fighter next. What followed was a rather incredibly strange piece of conversation on Twitter.

You can check out both Jan and Jones’ comments down below:

Jon Jones was recently arrested again, this time for driving under influence and for the irresponsible use of a firearm. Albuquerque Police Department officer who arrested Jones, Officer Jason Brown had this to say on Jones’ arrest, “On 3-26-20 at about (12:58 a.m.), I was at 3rd and Central in the parking lot. I heard a single gun shot to the west on Central. I drove west on Central and observed a black Jeep on the south side of the street parked in front of 312 Central. I observed a male in the driver’s seat and a subject on the sidewalk by the passenger side door. I observed no other subjects in the area. I pulled up behind the vehicle and turned on my overhead lights. The vehicle was running. I contacted the driver and asked him the roll down the vehicle windows. I observed an open bottle of alcohol on the floor behind the passenger seat. It was a 1⁄4 full bottle of Recuerdo, 40-percent alcohol. I asked the driver to hand me the bottle. I also observed he had green, leafy substance on his shirt and pants, consistent with marijuana. I identified the driver as Jonathan Jones. I asked Jones about the gun shot and he stated he did not know.”