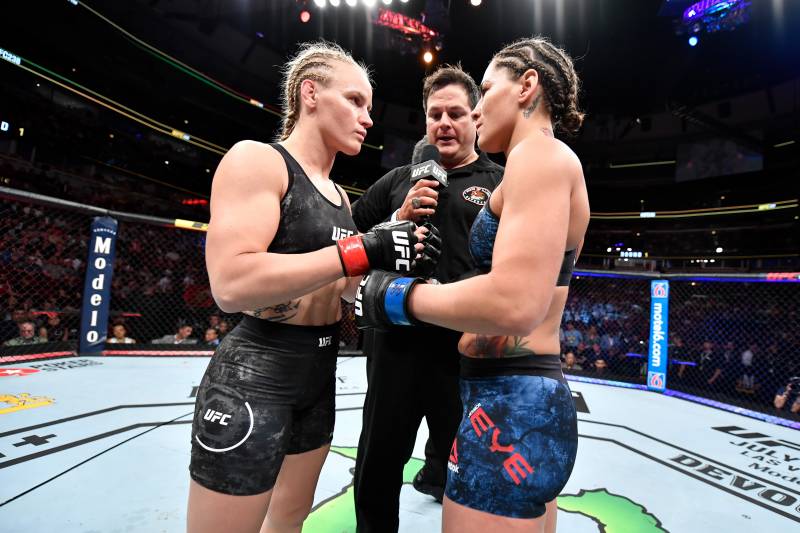 Jessica Eye wants a crack at UFC flyweight champion Valentina Shevchenko one more time. Eye fought Shevchenko last year at UFC 238 and brutally knocked out via a leg kick in the second round.

Jessica Eye took to twitter and pleaded the UFC to give her a shot at Shevchenko again. Eye tweeted about it while Shevchenko was defending her flyweight title against Katlyn Chookagian at UFC 247. Valentina defeated Katlyn Chookagian via TKO in the third round after a dominant one-sided beating.

Please give me another chance @ufc

“Please give me another chance @ufc,” Jessica Eye tweeted.

Since her KO loss, Eye fought Viviane Araujo at UFC 245 and defeated her via unanimous decision. Despite her win, it’s highly unlikely that she gets a shot at Shevchenko anytime soon. Eye missed weight in her last fight and there’s a huge possibility of Shevchenko fighting Joanne Calderwood next.

Next possible opponents for Valentina Shevchenko

Valentina Shevchenko has now won five straight fights inside the Octagon and is running out of competition in the flyweight division. However, she has named three potential opponents.

She also revealed that she is ready to return to the Octagon soon.