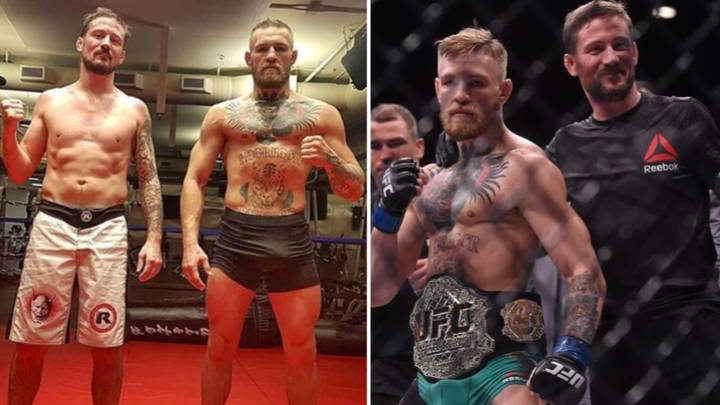 Conor McGregor made his Octagon return last month at UFC 246 against Donald Cerrone. It was McGregor’s first fight in nearly fifteen months. He won the fight via TKO in 40 seconds. 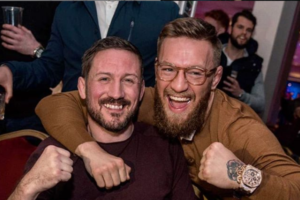 Over the past few years, he was always in trouble with the law. Be it the pub incident, where he punched an elderly or the sexual assault allegations, he was never without any trouble.

John Kavanagh, head coach of Conor McGregor is proud of how the Irishmen has changed things around recently. He said he is “proud of how he’s come through those things.”

“I’m incredibly proud of Conor. I realise it was him individually who has made the sport so well known,” Kavanagh said to RTÉ.

“I get stopped by 60-year-old ladies asking me how his wrestling training is coming along. And I know it was him who made it a huge sport in Ireland so I’m very, very proud of that.

“It comes with the territory. Negative headlines get more clicks than positive headlines. That’s just the media game.

“He’s spoken himself about his slips and his mistakes. He’s had to pay for those outside of the sport. I feel we’re on a good comeback story – he had a great win in January. But yeah, like most things in life you take the good with the bad, you roll with it and try to improve. Learn from mistakes and get better as a human being and an athlete as you go on.

“It’s a very weird rise from being an unknown guy in Dublin, doing a sport no one has heard of, to being a global superstar. Everything you say and do is analysed.”

What’s next for McGregor?

Conor McGregor’s next fight date or opponent isn’t set yet. However, McGregor’s striking coach wants him to fight Gaethje or Masvidal next.

“I wouldn’t mind him at 170lbs like Masvidal has been huge on people’s mind for months and there’s Diaz [Trilogy] again,  which could be a big one and then I do like the idea of Gaethje as well.

“I know Conor mentioned that he would be ready to go of Ferguson or Khabib dropped out as well,” Roddy said. (H/T – BJPENN)

With that being said, Masvidal will take on Kamaru Usman in July, so it’s highly likely that he will take on Justin Gaethje next.