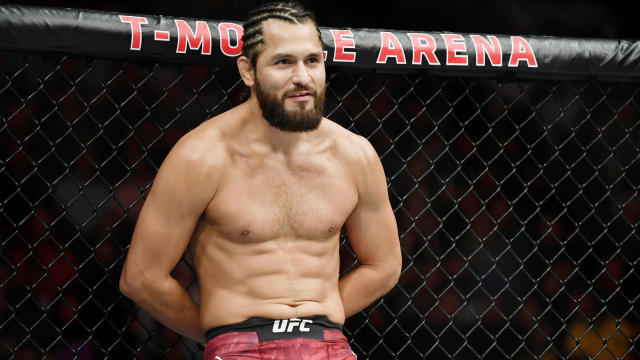 The main event fight of UFC 249 between the current UFC lightweight champion Khabib The Eagle Nurmagomedov and the former interim UFC lightweight champion Tony El Cucuy Ferguson is on the brink of being canceled because the champion Nurmagomedov is unable to compete due to Russian borders being locked down because of the ongoing global Coronavirus pandemic. The UFC is now looking for a replacement and the BMF champion Jorge Masvidal who had previously made himself available has now revealed that he has instead accepted a fight against the current UFC welterweight champion Kamaru The Nigerian Nightmare Usman. 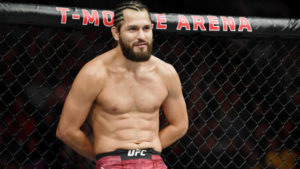 Masvidal recently took to Twitter to reveal that he has accepted a fight against Usman. Here’s what he had to say:

Second time I say yes to the crotch sniffing champ, second time he has a date #theresurrection

Second time I say yes to the crotch sniffing champ, second time he has a date #theresurrection

The UFC is still desperately trying to host UFC 249 and they do need a main event fighter to replace Nurmagomedov who pulled out earlier this week. Here’s what Nurmagomedov w=had to say over an Instagram Live session while breaking out the news to his fans, “The UFC told us that the fight 100% isn’t happening in the States and they said that 99% that it will happen in Emirates, Abu Dhabi. After talking to the UFC we decided to fly over to the Emirates a month before the fight. I don’t remember the exact date, it was 19th or 20th, I’ll have to check. But when we landed in Emirates we learned that they are going to close borders and no one will be able to leave or fly in, with the exception of residents. So we had to fly back to Russia. Currently, I am in Dagestan and I am training and preparing every day. Although I don’t know what am I preparing for because after we came to Russia we also learned that the borders are going to be locked. Same as in the States, the same as in Europe, Emirates, everywhere. The whole world is in quarantine right now. So now I am hearing that they are looking to organize it with or without me. OK, go ahead. Everyone should follow the laws. I am not against it, I know that fighters need to feed their families and pay their bills. I know how hard it is for the fighter.”

The former WSOF lightweight champion Justin Gaethje is now being touted to replace the Russian.

Previous articleUFC News: See which state in the US could potentially host UFC 249!
Next articleUFC News: Jojo Calderwood’s title showdown against Valentina Shevchenko postponed from UFC 251