UFC News: Justin Gaethje on Tony Ferguson: ‘He lives in a dark place. He’s gonna take me to dark places.’ 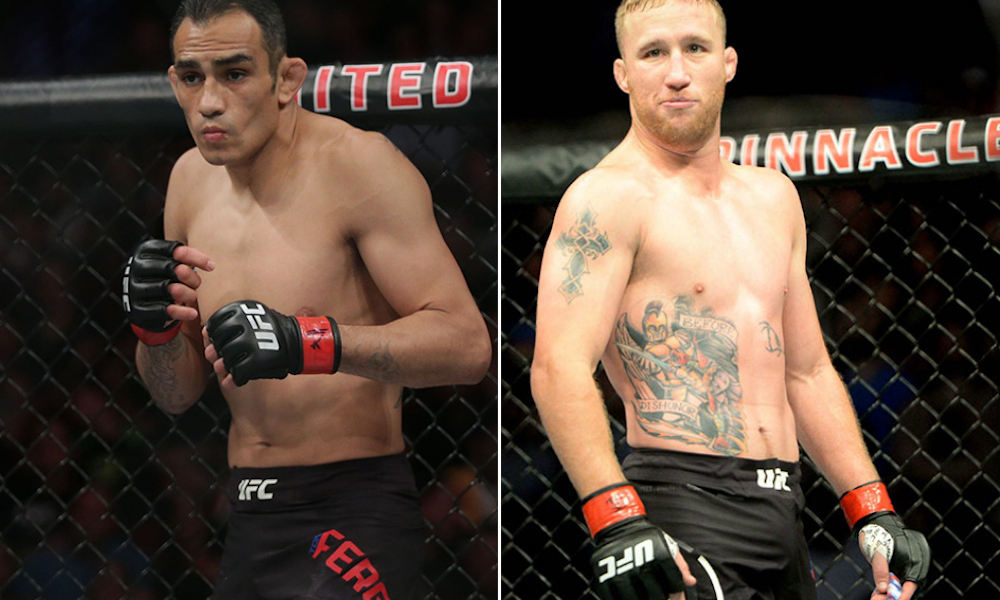 After UFC lightweight champion Khabib Nurmagomedov pulled out of the highly anticipated fight with Tony Ferguson, fans were wondering if UFC will cancel UFC 249 entirely. However, UFC president Dana White managed to pull together a stacked card even if a highly contagious virus is wreaking havoc around the world. Justin Gaethje will step in at short notice to take on Tony Ferguson for the interim lightweight title on April 18.

The fight will take place at a tribal land in Central California. The venue is Tachi Palace Casino Resort near Lemoore, Calif. This venue is 65 kilometers from the city of Fresno.

Ahead of the fight, Gaethje spoke to ESPN’s Brett Okamoto, where he revealed that he is very excited about this match-up. He said that MMA is defined by match-ups between him and Tony Ferguson.

“Everybody believes in me and I know what I have in front of me,” Gaethje said. “Tony Ferguson lives in a dark place, he is going to take me to a dark place. MMA is defined by a fight like me and Tony Ferguson.”

“When I train for a fight, I really go to a special place every single day. I do not cheat. I wake up with a goal in mind: to be better than yesterday. The more days you can do that in a row, the more prepared you will be.

For me, it’s always that mental warfare. Confidence is huge in there. If you haven’t prepared, then you can’t be confident—or as confident as you should be.”  (H/T – ESPN)

Who do you guys think wins in the main event?