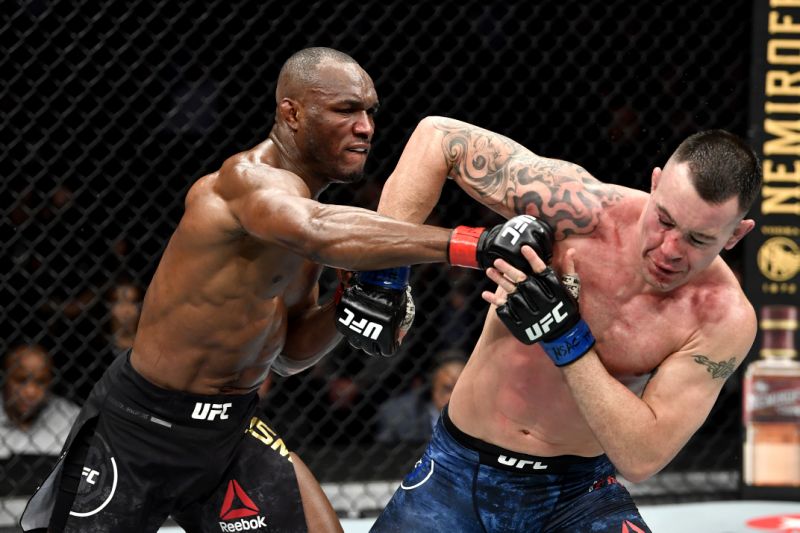 UFC 245 delivered one of the most entertaining main events of 2019. UFC lightweight champion Kamaru Usman successfully defended his title against Colby Covington.

The fight took place at the T-Mobile Arena in Las Vegas, Nevada. It was a highly entertaining fight. Despite both fighters being from the wrestling background, neither fighter went for the takedown. 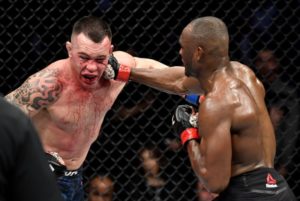 In this fight, Colby Covington broke his jaw in the third round. Meanwhile, in between the third and the fourth round, he was heard telling his corner that he may have broken his jaw.

Covington and Usman are arch-rivals. Both fighters have talked trash about each other for months leading up to their fight at UFC 245. The fight was 2-2 on the judges’ scorecards going into the fifth round.

Kamaru Usman was unsure if he was winning against Colby Covington

The fight was so close that Usman was unsure if he was winning it. He revealed on the Joe Rogan podcast.

“I knew it was close because for the first time ever I asked my coaches, ‘did I win that round?’ I’ve never in my career done that,” Kamaru Usman said.

Moreover, the Nigerian Nightmare went on to praise Colby Covington for his toughness at UFC 245.

“He really showed how good he is. I give respect where respect is due, I’m no hater. I know this kid can fight, I know he is good, I know he is tough,” Usman continued.

“And I know he is a competitor. I’ve always known that he was a competitor. He was going to come out and try to compete. Mentally, I think I’m just on a different level than these guys. Just because everything that I’ve been through, that I’ve done in my life has shaped me into the man that I am.”

He then revealed that he wants to run it back again with Covington.

“At the end of the day, to make fantastic fights you have to have the right dance partner. He was the right dance partner. To be honest with you, if I didn’t take too much out of him because each fight takes something out of you internally. If I didn’t take too much from him, I think I might see him again, to be honest. It’s clear that we are the two best guys in the division. I look forward to seeing him again,” Kamaru Usman concluded. (H/T – BJPenn.com)

Previous articlePreviewing Asha Roka’s clash at ONE: Fire & Fury against Gina Iniong
Next articleHere’s What Fans Can Do in Las Vegas When They Go to See a UFC Card