UFC News: Kelvin Gastelum looks back at Israel Adesanya barnburner one year on 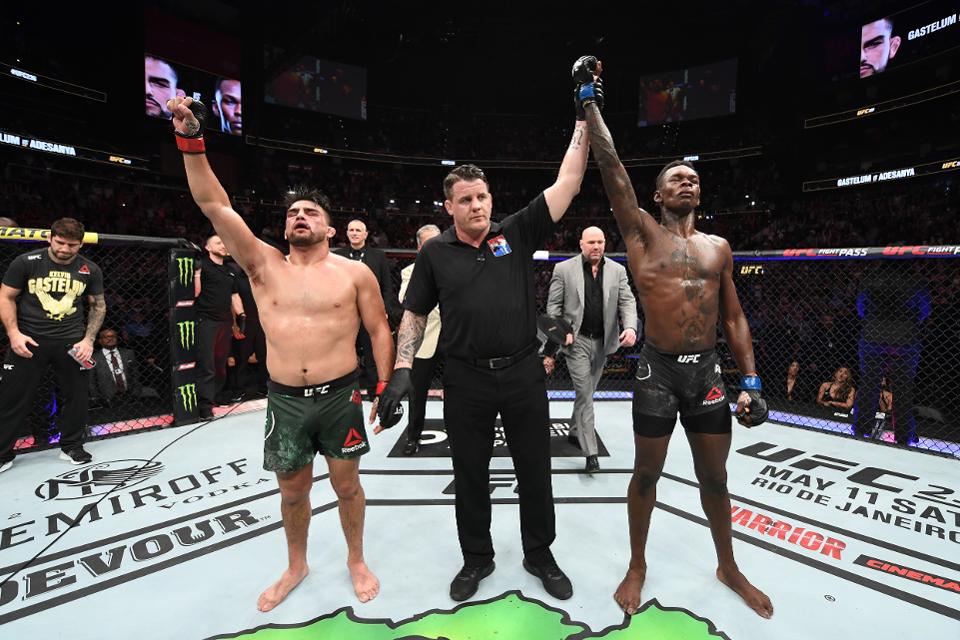 Exactly a year ago, Israel Adesanya and Kelvin Gastelum battled for five rounds to produce one of the most memorable fights of 2019. The fight took place at UFC 236 in Atlanta and in this fight both fighters exchanges heavy leather.

Both fighters went mano-a-mano for the entire fight. In this fight, Israel Adesanya defeated Gastelum via unanimous decision. Since beating Gastelum, the Kiwi fighter went on to become the UFC middleweight champion by knocking out Robert Whittaker. Adesanya then defeated Yoel Romero last month in his first-ever title defense. The Kiwi’s career has been following a terrific trajectory. 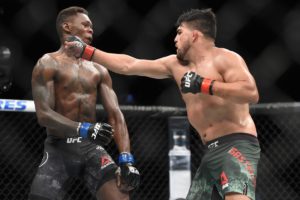 The same can’t be said for Gastelum. After losing to Adesanya, he went on to fight Darren Till at UFC 244 in Madison Square Garden. In this fight, Gastelum was outboxed and beaten to the punch by the Briton and he ultimately lost via unanimous decision.

Despite losing the fight, Gastelum received heavy praise from fans. Speaking to MMAJunkie, Gastelum said that he was very proud of the effort. He said that it was very heartful to lose in a very close fight.

“I’m not really worried about it right now, but when people ask me, and they’re like, ‘You were this close,’ it sucks. It burns in my soul. It burns in my heart to know I was that close, and I just won’t let it happen again.”

‘I am going to be a champion’

Gastelum doesn’t have a fight scheduled. Earlier in January, he suffered from an LCL and is currently rehabbing. However, he is still confident about becoming a champion.

“I’m glad I’m taking this time to heal my body, heal my mind, heal everything, you know, and just get ready to make another run once again,” Gastelum said. “I’m still young. Man, I’m 28 years old. I’m not even 30. I haven’t even hit my prime yet.

Do you guys think Kelvin Gastelum will become a UFC Champion?